Bob Blackman also said that India has a long-established tradition of respecting different faiths and religions. 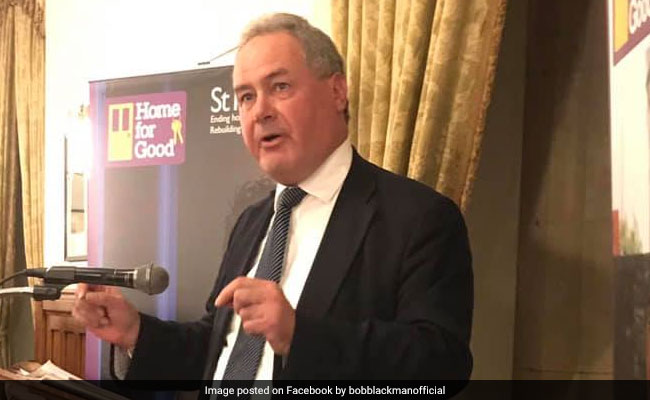 Amid a social media clash between British parliamentarians on India's decision to scrap the special status of Jammu and Kashmir, a Conservative lawmaker has stressed that the constitutional changes are an "internal matter" for India.

In a strongly worded letter addressed to British Prime Minister Boris Johnson in support of India, Bob Blackman said: "There is a widely respected convention that we do not interfere in the domestic affairs of a third country, especially a long-standing friend and ally like India."

The spat among the British parliamentarians started after the leader of the opposition Jeremy Corbyn tweeted on Sunday that the situation in the region was "disturbing". He called for the implementation of the UN resolutions over the scrapping of Article 370 that gave special status to Jammu and Kashmir.

In response to the provocative letter by the Labour MP, Mr Blackman stated: "Whilst not wishing to break this convention, it appears very strange that Labour MPs are criticising the Indian Government for equalising the rights of all its citizens."

"Surely such a step should be welcomed in any democracy," the lawmaker said.

Mr Blackman, in his letter, also noted that Prime Minister Narendra Modi's democratically elected government is "perfectly entitled to implement its own election manifesto which explicitly proposed these constitutional changes to Articles 370 and 35A".

"Labour MPs should not be so surprised if an elected government keeps its promises. In making these changes it wishes to promote prosperity in the region by improving security and attracting inward investment in Jammu and Kashmir," he said.

"It has been the long-held position of successive UK governments that any matter concerning Kashmir is a strictly bilateral issue between India and Pakistan," the letter read.

Mr Blackman also said that India has a long-established tradition of respecting different faiths and religions.

Attacking the Labour lawmaker over his inflammatory comments against India following the recent developments in the region, Mr Blackman stressed, "The comments made about promoting ''exclusive Hindu settlements'' are highly provocative since they totally ignore the tragic history of the region where thousands of Kashmiri Pandits were forced to flee their homeland.

"The changes therefore redress, rather than promote, flagrant ethnic cleansing," he said.

"It is becoming clear that the Labour Party has become an anti-Indian, anti-Hindu party which is not interested in building a friendly relationship with the world''s largest democracy but instead wants to import the politics of the subcontinent to the UK for its own narrow and communal interests," the letter added.

Rattled by New Delhi's move, Pakistan had initiated a series of decisions, including downgrading bilateral relations with India, suspending bilateral trade, halting Samjhauta and Thar Express trains from its side and banning Indian movies.