Britain's Prime Minister Theresa May on Friday called on the European Union for "one more push" to strike a Brexit compromise deal. 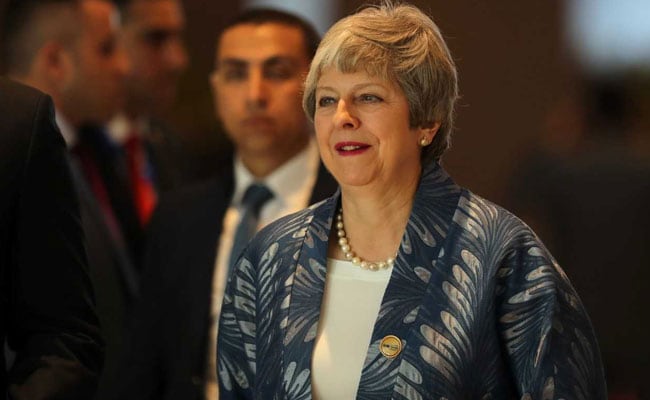 British MPs will vote on Tuesday on whether to accept Theresa May's Brexit deal. (File)

Prime Minister Theresa May today called on the European Union for "one more push" to strike a Brexit compromise deal and told MPs that rejecting the agreement could mean Britain never leaves.

"It needs just one more push," May told an audience of workers in Grimsby, a North Sea fishing port, adding that a vote against a deal meant "we might never leave the EU at all".

British MPs will vote on Tuesday on whether to accept May's Brexit deal, which could include new elements following this weekend's frantic round of negotiations.

"Next week MPs in Westminster face a crucial choice: Whether to back the Brexit deal or to reject it," Theresa May said.

"Back it and the UK will leave the European Union. Reject it and no one knows what will happen," she said.

"We may not leave the EU for many months, we may leave without the protections that the deal provides. We may never leave at all."

She added: "Everyone now wants to get it done, move beyond the arguments, past the bitterness of the debate and out of the EU as a united country ready to make a success of the future."

If MPs reject the deal, "nothing is certain", Theresa May said, adding that it would trigger "a moment of crisis".

If Theresa May loses Tuesday's vote, MPs will then vote on Wednesday on whether to leave the EU on March 29 without a deal.

If MPs reject that outcome, they would then vote on Thursday on whether to ask the EU for a postponement.

"MPs would immediately be faced with another choice," Theresa May explained.

"Either we leave the EU with no deal on March 29. I do not believe that would be the best outcome for the UK or the EU.

"Or we delay Brexit and carry on arguing about it, both amongst ourselves and with the EU. That's not in our interests either.

"More talking will not change the questions that need to be settled."