'Brexit Means Brexit' And Will Be A 'Success': UK PM Candidate Theresa May 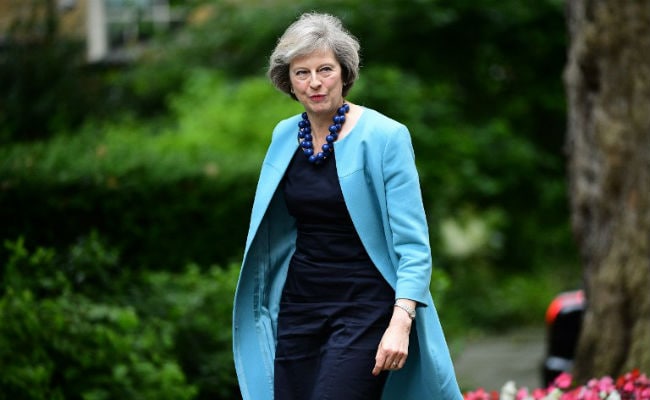 'Brexit will be made a success', said Theresa May in her televised camapign (File Photo)

London, United Kingdom: The favourite to take over from David Cameron as Britain's prime minister promised Monday to lead the UK out of the European Union if elected, rejecting proposals to ignore the EU referendum result.

"Brexit means Brexit and we're going to make a success of it," interior minister Theresa May said in televised remarks as she launched her campaign in Birmingham, central England.

"I will make sure that we leave the European Union," said May, who campaigned for Britain to stay in the EU ahead of the June 23 referendum in which 52 percent of voters opted to leave.

"The British people were given their opportunity to vote on this," the home secretary said.

"They've given us a very clear message and I think we respond to that message and we do what the British people have asked us to."

May's only rival Andrea Leadsom, a junior energy minister, has emphasised her credentials as a top Brexit campaigner and her supporters say only she can be trusted to enact Britain's withdrawal.

Asked how she would negotiate access to the EU's single market, May said: "We need to get the best deal in trade and goods and services".

"I'm very clear that the Brexit vote was also a message that we need to get control on free movement. Free movement cannot continue as it has done until now," she said.