Brazilian Model Dies After Collapsing On Catwalk At Fashion Week

The 26-year-old model fell while turning to leave the runway. Medics immediately attended to him in front of horrified onlookers, according to local media reports. 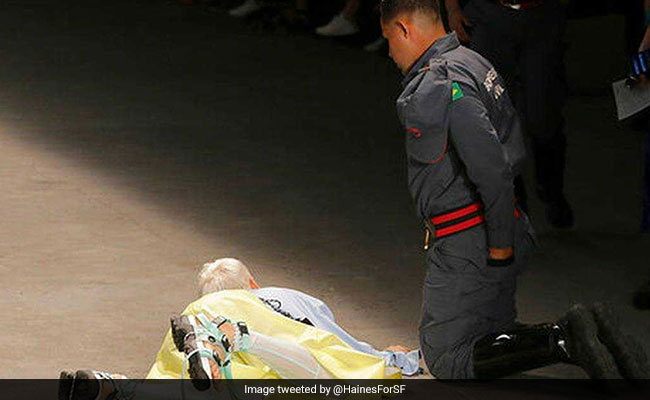 A Brazilian model died Saturday after collapsing on the catwalk during a show on the last day of Sao Paulo Fashion Week, organisers said.

"SPFW has just received the news of the death of model Tales Soares, who suddenly took ill during the Ocksa show," the organization said in a statement, without giving a cause of death.

The 26-year-old model fell while turning to leave the runway. Medics immediately attended to him in front of horrified onlookers, according to local media reports.

SPFW said he was taken to hospital, where he was pronounced dead.

"We offer our sincere condolences to Tales' family," it said, while label Ocksa said on Instagram its entire team was "shocked" by the death of Soares, who was signed to Base MGT modelling agency.

(Except for the headline, this story has not been edited by NDTV staff and is published from a syndicated feed.)
Comments
Sao Paulo Fashion WeekTales Soarescatwalk