Brazil: More than 700 dead in mudslides 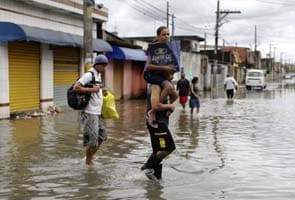 Rains falling in Sao Paulo flooded major highways, a day after downpours stranded motorists, forcing them to be rescued by helicopter from atop their vehicles.

One woman died when her house collapsed in the Tuesday rains.

The mayor's office issued flood alerts for much of the city, but no new deaths were reported on Wednesday.

Airbus To Cut Around 15,000 Jobs Worldwide Amid Pandemic