Brazil Enacts 20 Per Cent Quotas for Blacks in Federal Jobs 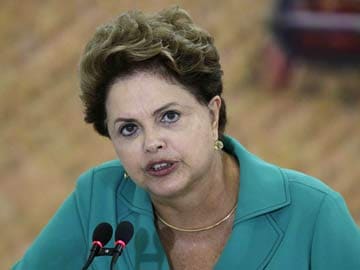 Brasilia: Brazil approved a law Monday creating 20 percent quotas for mixed race and black Brazilians in government jobs, in a country where more than half of the population has African roots.

"We have started this change in the racial composition of public officials in the federal administration so it will be more representative of the Brazilian population," said President Dilma Rousseff during a ceremony for the enactment of the law.

"This is only the beginning. We hope this law will serve as an example for the adoption of similar measures in government branches and private businesses and organizations," Rousseff said at the ceremony.

The quotas expire in 10 years and applies to federal agencies and foundations as well as state-controlled companies like oil giant Petrobras and banks like Caixa Economica Federal and Banco de Brasil.

However, the quotas do not apply to the legislative and judicial branches, which would require separate legal initiatives.

To qualify for the quotas, candidates must declare their race as black or mixed-race when they sign up for the civil servant exam.

In August 2012, after 13 years of debate, Rousseff had signed a controversial law that reserved half of university spots for public school students, with priority given to black, mixed-race, and indigenous candidates.

Brazil was one of the last countries in the world to abolish slavery, in 1888.

Afro-Brazilian activists say "some progress in 500 years" towards equality but say "much remains to be done."

Promoted
Listen to the latest songs, only on JioSaavn.com
"Unfortunately, 91 percent of the black population still have not succeeded in going to university," David Raimundo Santos, a Franciscan monk who directs the rights group Educafro, told AFP at the beginning of the year.

"And barely 5.3 of Afro-Brazilians occupy top posts in Brazil's 500 biggest companies. It's a scandal," he said.