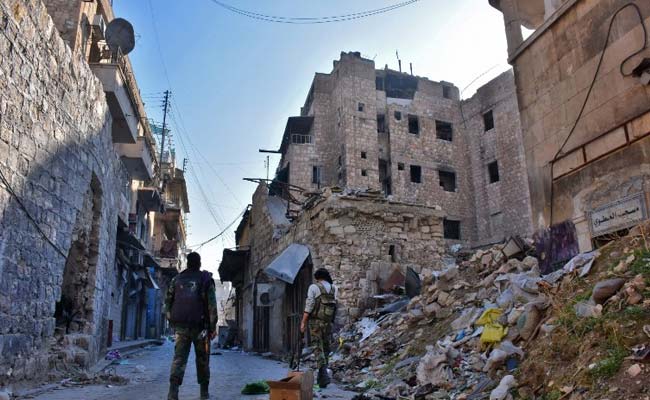 The blast hit the southwestern neighbourhood of Salaheddin

The blast hit the southwestern neighbourhood of Salaheddin, which was once on the front line between rebels and government forces before the army retook full control of the city in December.

State television did not specify whether the explosion was the result of an attack or unexploded ordnance left over from the four and a half years of fighting that preceded the rebel pullout.

Once Syria's commercial hub, Aleppo was devastated by the fighting, particularly along the front line that separated the rebel-held east from the government-held west.

The explosion came as a complex evacuation deal was being carried out a few kilometres (miles) away in Rashidin, a southwestern suburb of the city.

A large convoy of buses carrying evacuees from the government-held towns of Fuaa and Kafraya reached the edge of the rebel-held transit point on Wednesday morning.

Promoted
Listen to the latest songs, only on JioSaavn.com
The evacuations had been suspended after a weekend bombing in Rashidin killed 126 people, 68 of them children.