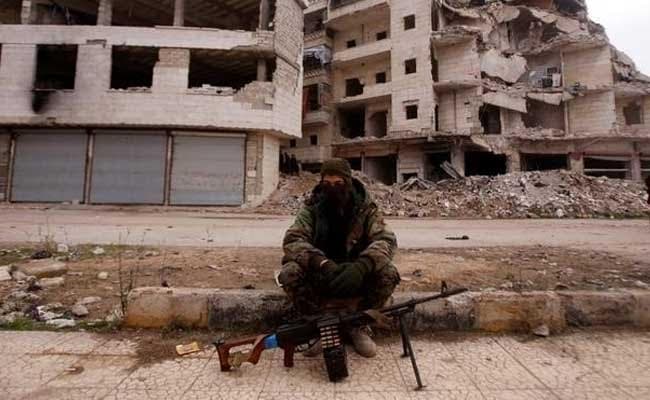 There was no claim of responsibility for the blast (Representational)

Beirut: A car bomb killed at least five people and wounded several others in a rebel-held town in northern Syria on Wednesday in an attack Syria's political opposition said targeted its officials and local headquarters.

The British-based Syrian Observatory for Human Rights also put the death toll at five and said it was expected to rise due to the number of people seriously wounded by the blast in Azaz. The town near the Turkish border has long been a major base for rebels, including groups backed by Ankara.

"A booby-trapped car exploded in front of a headquarters for the interim government," a spokesman for the Turkey-based Syrian National Coalition (SNC), Ahmad Ramadan, told Reuters by phone.

One of those killed was a guard, Ramadan said. He blamed the attack on ISIS.

"It was a direct targeting of the (interim) government because the centre includes departments of various ministries and local councils," he said.

There was no claim of responsibility for the blast.

The opposition's interim government, allied with the SNC, carries out technical and administrative functions of government from within opposition-held Syria. SNC members also sit on the High Negotiations Committee (HNC), the main Syrian opposition body which represents both political and armed groups.

Rebel groups clashed in Azaz in November, one of many incidents that has shown the division among some of the armed opposition, which ranges from Western-backed moderate factions to hardline Islamists, including al Qaeda-linked fighters.

In separate insurgent in-fighting around Damascus since last week, factions are clashing east of the capital in violence that has killed scores of fighters and a number of civilians.

Promoted
Listen to the latest songs, only on JioSaavn.com
Syria's six-year-old civil war has killed hundreds of thousands of people and displaced more than 11 million.