Boeing CEO To Testify Before Congress On Grounded 737 MAX

On Wednesday, Boeing's board said it had created a permanent safety committee to oversee development, manufacturing and operation of its aircraft and services. 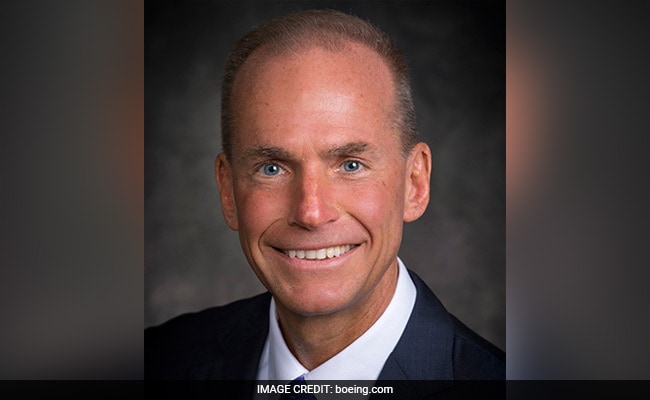 Boeing Chief Executive Dennis Muilenburg has agreed to testify before Congress next month on the grounded 737 MAX that was involved in two fatal crashes that killed 346 people, a U.S. House of Representatives committee and the company said on Friday.

John Hamilton, chief engineer of Boeing's Commercial Airplanes division and Jennifer Henderson, chief pilot for the 737, will join Muilenburg when he testifies on Oct. 30, the U.S. House Transportation and Infrastructure Committee said. The CEO has not testified before Congress since the fatal crashes in Indonesia and Ethiopia. The plane was grounded and the FAA's certification of the new aircraft was questioned.

"We will continue to cooperate with Congress and regulatory authorities as we focus on safely returning the MAX to service," Boeing said, adding it has provided more than 300,000 pages of documents to the committee.

Sources said Muilenburg was also expected to appear before the Senate Commerce Committee next month. Boeing did not immediately comment on that.

On Thursday, the U.S. National Transportation Safety Board faulted Boeing for failing to adequately consider how pilots respond to cockpit emergencies in its 737 MAX safety assessment. the board said the plane maker may need to make changes to flight deck alerts, pilot procedures and training.

Boeing has said the feeding of erroneous Angle of Attack (AOA) data to a system called MCAS that pushed the planes lower was a common link in two wider chains of events leading to the crashes. Boeing is revising the 737 MAX software to require input from both sensors, and has added additional safeguards.

On Wednesday, Boeing's board said it had created a permanent safety committee to oversee development, manufacturing and operation of its aircraft and services.

It was not clear when Boeing will conduct a key certification test flight, a step needed before the FAA can return the plane to service. The company has said it hopes to resume flights early in the fourth quarter.

The FAA said last week it will need a month after the test flight is completed before it could allow flights to resume.