Read inOther Languages
This Article is From Apr 22, 2019 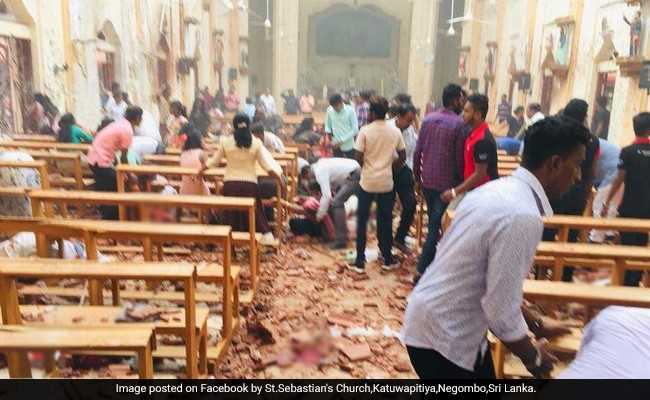 Sri Lanka Blasts: Nearly 400 people have been injured in the blasts in Sri Lanka

A series of eight devastating bomb blasts ripped through high-end hotels and churches holding Easter services in Sri Lanka on Sunday, killing 207 people, including dozens of foreigners. Sri Lanka's Prime Minister Ranil Wickremesinghe condemned the attacks - the worst act of violence since the end of Sri Lanka's civil war a decade ago - as "cowardly", as the government imposed an immediate and indefinite curfew across the entire country of 21 million people.

Eight people suspected of having links with the terror attacks have been arrested, Sri Lanka's Defence Minister Ruwan Wijewardene said, adding "most the attacks were carried out by suicide bombers".

At least two of the explosions were carried out by suicide bombers, police sources and a hotel official told news agency AFP, and police spokesman Ruwan Gunasekera said the authorities were investigating whether suicide attackers were involved in all eight of them.

Mr Gunasekera told reporters the number of dead had risen to 207, with over 450 people injured. Ravinatha Aryasinha, secretary to the foreign ministry, told reporters there were 27 bodies of suspected foreign nationals in the Colombo National Hospital.

A police officer earlier said 35 foreigners were among the dead and hospital sources told AFP that British, Dutch and American citizens had been killed, with Britons and Japanese also injured. A Portuguese man also died, the country's LUSA news agency reported. 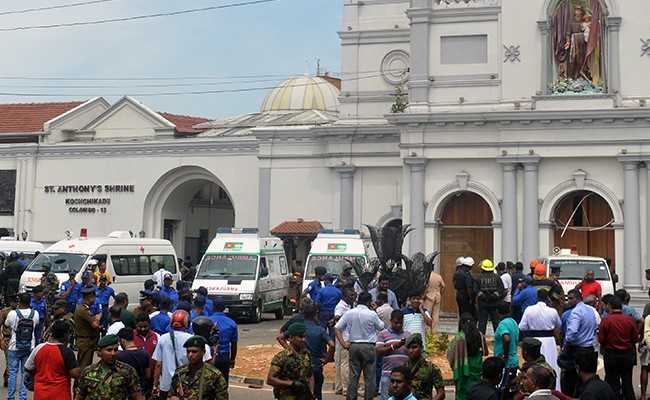 An AFP photographer at the scene at St Anthony's saw bodies lying on the floor, some draped with scarves and clothes. Much of the church roof was blown out in the explosion, with roof tiles, glass and splintered wood littering the floor along with pools of blood.

At the Shangri-La hotel, an AFP photographer saw extensive damage on the second floor restaurant, with windows blown out and electrical wires hanging from the ceiling. The injured flooded into local hospitals, where officials reported hundreds of wounded were being admitted.

Sri Lanka's Minister of Economic Reforms and Public Distribution, Harsha de Silva, said he had been to two of the attacked hotels and was at the scene at St Anthony's, where he described "horrible scenes". "I saw many body parts strewn all over," he tweeted, adding that there were "many casualties including foreigners". "Please stay calm and indoors," he told AFP.

There were no immediate claims of responsibility for the blasts, but documents seen by AFP show that Sri Lanka's police chief Pujuth Jayasundara issued an intelligence alert to top officers 10 days ago, warning that suicide bombers planned to hit "prominent churches". "A foreign intelligence agency has reported that the NTJ (National Thowheeth Jama'ath) is planning to carry out suicide attacks targeting prominent churches as well as the Indian high commission in Colombo," AFP reported quoting the alert.

The Sri Lankan Prime Minister appealed to citizens to stay strong and united. "I strongly condemn the cowardly attacks on our people today. I call upon all Sri Lankans during this tragic time to remain united and strong. Please avoid propagating unverified reports and speculation. The government is taking immediate steps to contain this situation," he tweeted.

Prime Minister Narendra Modi condemned the blasts. "Strongly condemn the horrific blasts in Sri Lanka. There is no place for such barbarism in our region. India stands in solidarity with the people of Sri Lanka. My thoughts are with the bereaved families and prayers with the injured," PM Modi tweeted.

Foreign Minister Sushma Swaraj, responding to the explosions, said that she is in close touch with the Indian High Commissioner in Colombo and that the government was closely monitoring the situation in the neighbouring country.

There is further update from Colombo. In all eight bomb blasts have taken place - one more in a guest house in Dehiwela near Colombo and another in a housing colony in Dematagoda in Colombo./1

For Indian citizens in Sri Lanka requiring any assistance, the Indian embassy in Sri Lanka has tweeted out helpline numbers.

Explosions have been reported in Colombo and Batticaloa today. We are closely monitoring the situation. Indian citizens in need of assistance or help and for seeking clarification may call the following numbers : +94777903082 +94112422788 +94112422789

In addition to the numbers given below, Indian citizens in need of assistance or help and for seeking clarification may also call the following numbers +94777902082 +94772234176

Only around six per cent of mainly Buddhist Sri Lanka is Catholic, but the religion is seen as a unifying force because it includes people from both the Tamil and majority Sinhalese ethnic groups.