Bitcoin's Boom Is A Boon For Extremist Groups

Far-right political leaders and experts on extremist movements say the adoption of bitcoin gained new urgency after Charlottesville as extremists looked for ways to operate beyond the reach of government control and the shifting policies of U.S. tech companies. 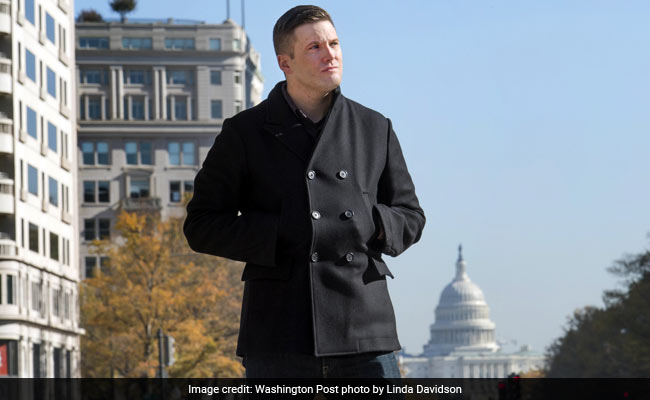 But some on the farthest edges of the political spectrum soon found an effective tool for thwarting this industry crackdown: bitcoin.

Even before Charlottesville, Richard Spencer, a prominent member of the alt-right, a group that espouses racist, anti-Semitic and sexist views and seeks a whites-only state, had gone as far as declaring bitcoin "the currency of the alt right." But far-right political leaders and experts on extremist movements alike say the adoption of bitcoin gained new urgency after Charlottesville as extremists looked for ways to operate beyond the reach of government control and the shifting policies of U.S. tech companies.

Those who began acquiring bitcoin in August already have reaped substantial returns, despite the recent volatility in its price. In the months since demonstrators carried flaming torches and chanted "Jews will not replace us," bitcoin has quadrupled in value. The digital currency began trading on several mainstream financial markets this month, pushing the price of a single bitcoin at times above $19,000. It was worth $16,000 at one point Tuesday.

Extremist figures who invested in bitcoin as a bulwark against efforts to block their political activity now find themselves holding what amount to winning lottery tickets. The proceeds could be used to communicate political messages, organize events and keep websites online even as most mainstream hosting services shun them, experts say.

"Bitcoin is allowing people in the movement to go beyond cash in an envelope or a check," said Heidi Beirich, head of the Intelligence Project at the Southern Poverty Law Center, a nonprofit group that tracks extremists. "It's really a godsend to them."

First created in 2009 by an anonymous computer programmer, bitcoin is a digital currency that is not issued by any government and has no physical manifestation, such as actual coins or bills. Someone who wants to buy bitcoin can sign up for one of many online exchanges - each account gets a unique identifier of numbers and letters - and pay dollars (or other traditional currency) for the digital currency. People can also send bitcoin to others or conduct transactions at any of a growing list of businesses, nonprofit groups and financial institutions that accept it.

A secure, continuously updated ledger called the blockchain records all transactions in a publicly visible way, assigning each an alphanumeric record. Unlike the closely government-regulated banking systems that record traditional financial transactions, the blockchain is completely decentralized, relying on complex mathematical calculations across countless computers worldwide.

Such a system makes it difficult for regulators and law enforcement agencies to monitor assets or know the identities of particular account holders. It also allows fringe groups not only to collect money, but to spend it more easily - for example, on foreign online services if U.S. companies restrict their access.

Google, GoDaddy, PayPal and others banned some far-right activists from their services after the Charlottesville rally, saying they violated rules against hate speech.

Spencer and others who have lost access to these services - a process they call being "de-platformed" - say they are effectively being denied free-speech rights.

"We have faced enormous problems from being de-platformed," Spencer said. "Bitcoin at least, from what I can tell, is not something from which we can be de-platformed."

Extremists are hardly alone in benefiting from surging bitcoin values. Early buyers include cryptography enthusiasts, libertarians and professional investors - as well as drug traffickers, money launderers and others who regularly conduct transactions on the "dark Web," a part of the Internet only accessible using specialized software that helps shield online activity.

Also unaffiliated with the far right yet profiting handsomely is WikiLeaks founder Julian Assange, who tweeted in October that U.S. political pressure on traditional payment processors such as credit card companies to stop handling transactions for the site "caused us to invest in bitcoin - with > 50000% return." In a dig at policymakers who pressured the companies, Assange expressed his "deepest thanks."

It's impossible to know how many on the far right are reaping bitcoin windfalls, but researchers who monitor extreme political activity say they have detected a surge in transactions as people on the far right move assets into the digital currency and increasingly use it for ordinary business purposes. The SPLC is tracking roughly 200 bitcoin wallets - the way users store the currency online - that it says are held by extremists.

Bitcoin is allowing people in the movement to go beyond cash in an envelope or a check.(Reuters)

Public blockchain records make such monitoring possible. Researchers can study the times, dates and amounts of any transaction, along with what accounts are involved. That does not include the actual names of account holders, but such records can illuminate identities. The SPLC, for example, looks on the donation pages of extremist websites for bitcoin accounts that are seeking contributions.

According to SPLC research, among the most striking recent donations was 14.88 bitcoin paid to Andrew Anglin, editor of the Daily Stormer, a neo-Nazi online publication that lists a bitcoin account number online. The SPLC has labeled the Daily Stormer the nation's "top hate site.

The payment to Anglin came on Aug. 20, as the Daily Stormer - named after the Nazi propaganda tabloid "Der Sturmer" - was scrambling to recover after several Web hosting services kicked it off their platforms. Followers looking for the site at its familiar dailystormer.com address got error messages.

The amount of the donation carried particular significance; 1488 is a reference to a Nazi slogan - 14 words long - about the importance of protecting "a future for white children," and 88 refers to "Heil Hitler," both words of which start with the eighth letter of the alphabet. At the time of the donation, it was worth about $60,000. Had Anglin kept the entire amount, it would now be worth about $235,000.

Instead, it appears that Anglin gradually spent down the donation as he worked to get the Daily Stormer back onto the Web, according to John Bambenek, a cybersecurity researcher and threat-systems manager at Fidelis Cybersecurity who tracks bitcoin transactions.

But Bambenek said the account that made the 14.88 donation - whose owner is unknown - has gradually drained its value over a series of transactions. Bambenek said his research suggests that this account got its money from another, far larger one, now worth more than $45 million.

"The alt-right likes bitcoin the same way criminals and people on the dark Web like bitcoin," Bambenek said. "It's a great way to move around assets, especially when you're under the threat of investigation."

Bambenek has built a Twitter bot, called the Neonazi BTC Tracker, that automatically tweets a record of every transaction affecting 13 accounts he says are affiliated with known extremists and their websites.

Bambenek said there is also evidence that Anglin and others are moving their assets into other digital currencies that are harder to track but have not been growing as quickly in value as bitcoin.

Anglin, in a phone interview with The Washington Post, declined to confirm or comment on the 14.88 bitcoin transaction, but he expressed frustration at Bambenek's Twitter bot, saying that some of the information it tweets is inaccurate. Anglin also said he has used bitcoin almost exclusively since payment services blocked the Daily Stormer beginning in 2014.

"Bitcoin has helped out a lot," Anglin said.

Anglin was sued this year by the SPLC for allegedly inflicting emotional distress on a Jewish woman in Montana by unleashing a "troll storm" on her. In a Dec. 7 article on the Daily Stormer, Anglin noted the surge in bitcoin value and said, "Thank you so, so, so much" to the law center for its long-running efforts to get him banned from mainstream payment services, prompting his investment in bitcoin. (The Daily Stormer has said in court filings that its actions were protected speech and posed no real threat to the woman, according to news reports.)

The popularity of bitcoin on the political right is not confined to the most extreme elements. Conservative commentator Mike Cernovich - who co-sponsored the "Deploraball" to celebrate President Trump's inauguration but did not attend the Charlottesville rally and has distanced himself from anti-Semitic and white-nationalist figures - began touting the currency to his Twitter followers in September 2016, when it was worth about $600 per bitcoin.

The goal, Cernovich said, was to protect himself from efforts by tech companies or payment processors to block his political activity.

"That was the only reason I got into it," he said. "I just got really, really lucky."

Conservative publisher Charles Johnson - whose WeSearchr "bounty site" has raised more than $150,000 for the Daily Stormer's battle against the SPLC as part of what Johnson calls his support of free speech - said he has advocated the purchase of bitcoin since 2015. That's the year Twitter banned Johnson for soliciting donations for "taking out" a Black Lives Matter activist. (Johnson said afterward that he was seeking not to incite violence but to spur an investigation he believed would undermine the activist.)

Johnson said he has made substantial earnings on bitcoin investments and increasingly uses it to make donations to political leaders and groups.

"It's a form of digital gold," Johnson said. "It's not surprising that a lot of people on the political fringes would move toward an un-censorable currency."

Spencer, however, said he did not begin buying bitcoin when he touted it in the March tweet. In recent months, though, he has set up several accounts to raise money for various sites and causes.

Promoted
Listen to the latest songs, only on JioSaavn.com
"I really wish I had bought more bitcoin," Spencer said. "I guess we all do."