In the wake of the 2015 Paris Agreement, Bank of England Governor Mark Carney and Michael Bloomberg launched an initiative encouraging businesses to evaluate their exposure to climate risk. 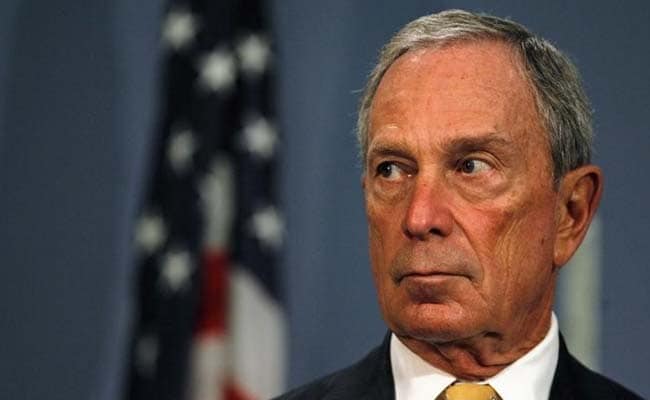 The self-made billionaire and former mayor of New York took a detour from his bid to capture the Democratic Party nomination and run against Donald Trump, who has aggressively promoted fossil fuels and dismissed climate change as a hoax.

"The next president of the United States should end all subsidies to fossil fuel companies and fossil fuel extraction, and that includes tax breaks and other special treatment," he said, taking aim at long-standing policies as well as new ones put in place by Trump.

The money saved could be invested in clean energy "to create a lot of jobs," he added. "If we take these steps, I'm really optimistic we can succeed."

Bloomberg arrived at the 196-nation talks, set to close Friday, along with A-list actor Harrison Ford and outgoing Bank of England Governor Mark Carney, newly appointed as the UN's Special Envoy for Climate Change and Finance.

In the wake of the 2015 Paris Agreement, Carney and Bloomberg launched an initiative encouraging businesses to evaluate and communicate their exposure to climate risk.

"Businesses understand what's at stake and they are not waiting for better leadership in Washington," Bloomberg said.

Last week, Nancy Pelosi headed a 15-strong US Congressional delegation that brought the same message to the struggling UN talks, where major economies have balked at boosting pledges to reduce greenhouse gas emissions.

"For years, a variety of stakeholders have used conferences like the UNFCCC COP to promote their own views," a State Department spokesperson said when asked to comment.

"The United States has been a strong advocate for meaningful engagement by interested observers."

Bloomberg is prioritising the climate in his election bid, and a study from a think tank he owns draws a clear line in the sand between himself and Trump on the fate of the planet.

Climate change experts quoted in the report, from the University of Maryland and the Rocky Mountain Institute, estimate the United States is presently set to reduce emissions by 25 percent by 2030 if sub-federal climate ambitions remain at their current levels.