Bill Clinton made racist remarks about Barack Obama in 2008: Report 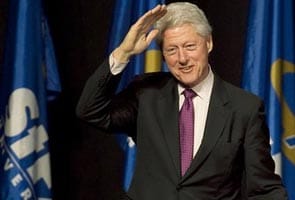 New York: Former US President Bill Clinton had taken a racial jibe at Barack Obama in 2008, saying "this guy would have been carrying our bags", a report claimed on Monday.

Mr Clinton allegedly made the racially insensitive remark to Senator Ted Kennedy as he tried to convince the liberal to endorse his wife, Hillary Clinton, Mr Obama's rival, for the Democratic nomination, according to The New Yorker.

Only days before he will nominate President Obama for re-election in the November 6 presidential polls, the report claimed that in 2008 the former President had reportedly said: "A few years ago, this guy would have been carrying our bags."

The reported comment was similar to the one attributed to Mr Clinton in a 2010 book.

"A few years ago, this guy would have been getting us coffee," Mr Clinton was quoted as saying in Game Change, by John Heilemann and Mark Halperin.

Mr Clinton's speech to the Democratic National Convention in Charlotte isn't until Wednesday night, but the former President is getting attention for remarks he has already made, the New York Post reported.

Mr Clinton has, for example, on earlier occasions called Mr Obama "incompetent" and "an amateur" who has no clue about how the world operates, according to an article in Sunday's Post by Edward Klein, author of The Amateur: Barack Obama in the White House.

"He doesn't know how the world works," Mr Clinton had said. Mr Klein said Mr Clinton had convened a meeting at his Chappaqua, Westchester, home to urge his wife to challenge Mr Obama for the 2012 nomination.

Bill Clinton has not commented on the issue. Mr Obama advisers had tried to keep the former president off the big stage this week, according to Mr Klein, wanting to relegate him to a minor, non prime-time speaking role. But Bill Clinton threatened to boycott the convention unless he was given a prominent role.

How A China Smartphone Maker Grabbed No. 3 Position In India In 4 Years