Read inOther Languages
This Article is From Jun 13, 2018 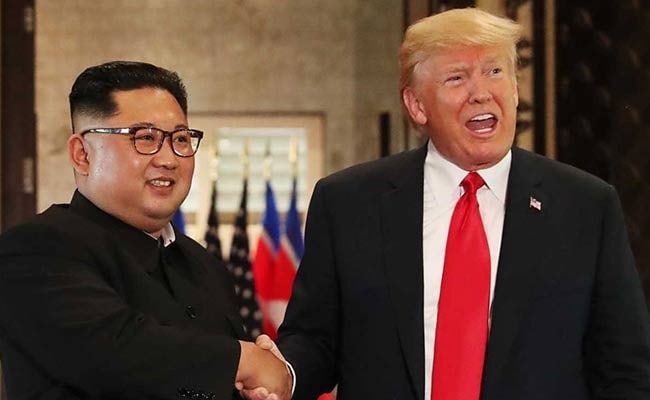 Donald Trump emphasized what North Korea has to gain by giving up its nuclear weapons.

"The World has taken a big step back from potential Nuclear catastrophe!" Trump tweeted.

"No more rocket launches, nuclear testing or research! The hostages are back home with their families. Thank you to Chairman Kim, our day together was historic!"

Trump and Kim met in Singapore on Tuesday -- an unprecedented encounter that saw the leader of the world's most powerful democracy shake hands with the third generation scion of a dynastic dictatorship, standing as equals in front of their nations' flags.

At the summit, Trump emphasized what North Korea has to gain by giving up its nuclear weapons and rejoining the international community -- a subject he returned to on Twitter.

"There is no limit to what NoKo can achieve when it gives up its nuclear weapons and embraces commerce & engagement w/ the world. Chairman Kim has before him the opportunity to be remembered as the leader who ushered in a glorious new era of security & prosperity for his citizens!" Trump wrote.

Promoted
Listen to the latest songs, only on JioSaavn.com
"I want to thank Chairman Kim for taking the first bold step toward a bright new future for his people."