Big Ben To Bong For Brexit? British MPs Hope So

Britain is due to leave the bloc on January 31, nearly four years after a referendum on membership that has divided the country. 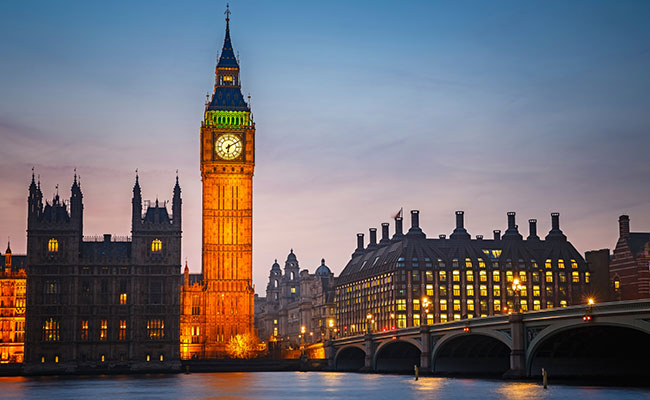 A group of eurosceptic lawmakers has revived an attempt to get Big Ben to chime for Britain's departure from the European Union, The Daily Telegraph newspaper reported on Thursday.

Some 50 MPs, led by Mark Francois of the hardline anti-EU European Research Group, are backing the request, before an expected formal request to parliament, it said.

The famous bell, housed in the Elizabeth Tower of the Palace of Westminster in central London, has been silent since August 2017 because of major renovations scheduled to last four years.

An exception is made for Remembrance Sunday and the New Year.

Francois and others tried to get approval for it to ring out on the first Brexit date of March 29 this year but the move was blocked by the then-House of Commons speaker John Bercow.

Now Bercow has been replaced, Francois told the Telegraph it was a "new era", and "inconceivable... that Big Ben would not form part of a national celebration to leave the EU".

Britain is due to leave the bloc on January 31, nearly four years after a referendum on membership that has divided the country.

Francois called for the public to support the move "so that our national icon of Big Ben will chime to mark the fact that we are again a free country".

Prime Minister Boris Johnson on Thursday said Britain's departure from the EU would lead to "a new golden age" for Britain and an "over-arching programme of national renewal".

He has also previously claimed it would lead to a baby boom.

"Cupid's darts will fly once we get Brexit done," he told The Sunday Times newspaper in an interview. "Romance will bloom across the whole nation."