Biden, who was sworn in as the 46th US president just hours earlier, saluted as a service member played the haunting notes of "Taps." 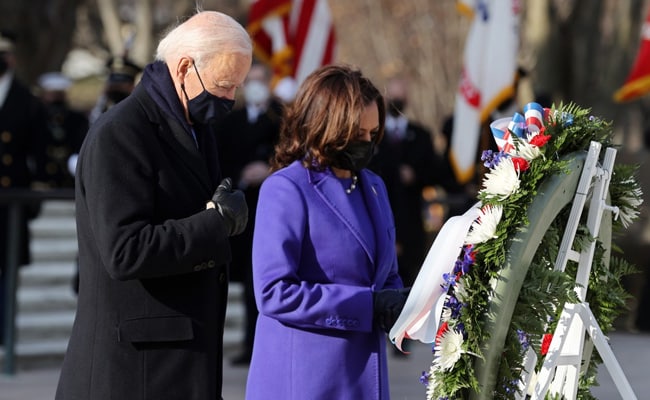 Biden, Harris presented a wreath at the tomb in a somber ceremony at the cemetery

President Joe Biden and Vice President Kamala Harris visited Arlington National Cemetery on Wednesday to pay their respects to US military war dead at the "Tomb of the Unknown Soldier."

Biden and Harris presented a wreath at the tomb in a somber ceremony attended by former Democratic presidents Bill Clinton and Barack Obama and former Republican president George W. Bush.

Biden, who was sworn in as the 46th US president at the Capitol just hours earlier, was greeted by a 21-gun salute as he arrived at the cemetery on the outskirts of Washington.

Biden and Harris, the first woman vice president in US history, saluted as a service member played the haunting notes of "Taps."