Bernie Sanders' Twitch channel had attracted more than 10,000 followers on Wednesday, a day ahead of its official launch and before it had posted any content. 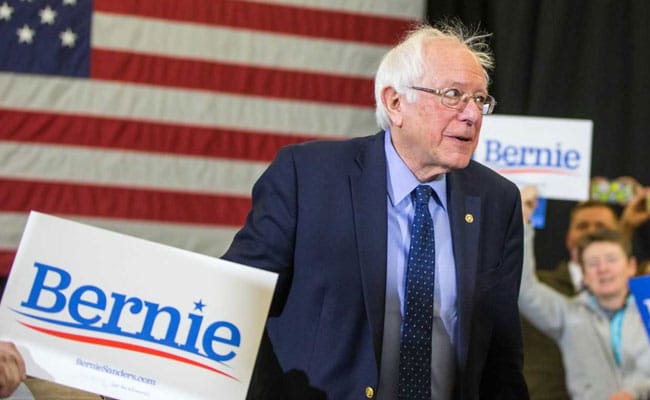 Footage of the 77-year-old Vermont senator rallying supporters will be posted on Twitch, alongside its more regular output of teenagers playing Fortnite, Overwatch and other combat games.

"We hope to reach people who may not otherwise be involved in politics and speak with them about the issues that matter most to them," said Josh Miller-Lewis, the Sanders campaign's digital communications director.

Sanders' Twitch channel had attracted more than 10,000 followers on Wednesday, a day ahead of its official launch and before it had posted any content.

There was no immediate comment from Amazon-owned Twitch, which streamed both the Republican and Democratic National Conventions before the 2016 national elections.

Sanders' team said the first streams would cover the build-up to the second night of Democratic presidential debates and the aftermath.

The veteran politician, who faces a crowded field, last week took part in an "Ask Me Anything" session on the subreddit r/SandersForPresident and livestreamed a response to President Donald Trump's campaign kick-off rally.

One of his rivals for the Democratic nomination, Venture for America founder Andrew Yang, launched a Twitch channel in 2018.

In January 2019, U.S. Representative Alexandria Ocasio-Cortez, another progressive Democrat, dropped in on a Twitch stream to discuss transgender rights.

Twitch, which says it has 15 million daily users, is primarily a gaming site but also has channels focused on sports, music and politics.