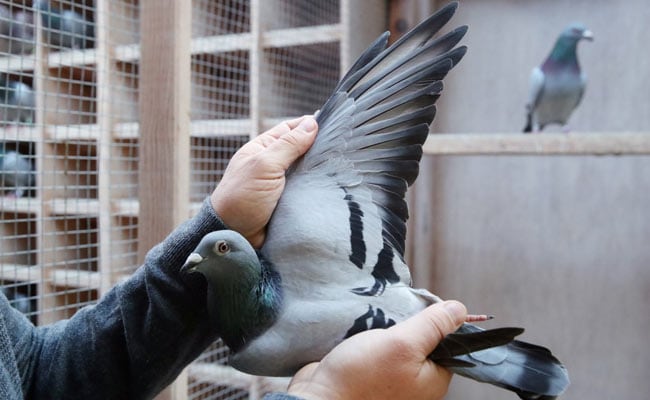 New Kim, a well-bred two-ear-old from a renowned Antwerp loft, was put up for auction at just 200 euros.

The sale beat the 1.25 million euros paid for male pigeon Armando last year, according to PIPA.

New Kim, a well-bred two-ear-old from a renowned Antwerp loft, was put up for auction at just 200 euros.

"I believe it's a world record, there has never been an officially documented sale at such a price," PIPA chairman Nikolaas Gyselbrecht told AFP.

"I didn't think we could reach that amount."

The buyer, who was not named, "will probably want to breed her", he added.

Wealthy buyers from the Gulf and Asia have forced up prices for champion birds for their instinctive ability to fly as many as hundreds of kilometres (miles) and still find their way back home.

Pigeon fancying is rooted in Belgian and Dutch life with the tradition spreading over to northern France.

The sport had been considered in decline until auctions started showing serious prices for potential champions and proven winners.

New Kim was trained by father and son Gaston and Kurt Van De Wouwer at their world-class loft in Berlaar, near Antwerp. They sold their entire "collection" of pigeons on Sunday.