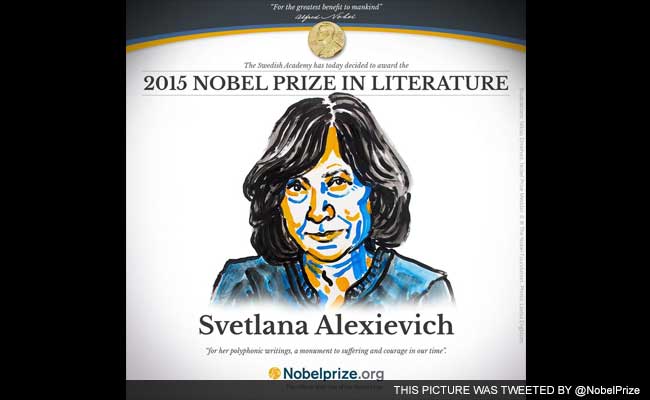 The 2015 Nobel Prize in Literature is awarded to the Belarusian author Svetlana Alexievich.

"I am sincerely happy for your success," Lukashenko said in a statement. "I really hope that your prize serves our state and the Belarussian people."

Lukashenko also wished Alexievich "health, happiness and new works in the service of the Belarussian people."

Alexievich, who was awarded the Nobel literature prize Thursday for her work chronicling the horrors of war and life under the repressive Soviet regime, lives in the Belarussian capital Minsk.

However, she is not widely known there, with some attributing the lack of recognition in her homeland to her prickly character and refusal to become part of the country's literary establishment.

None of her books - written in Russian and dealing with sensitive issues around World War II, the Soviet war in Afghanistan and the Chernobyl nuclear disaster - is published in Belarus, which Lukashenko rules with an iron fist.

Will Allow Women At Universities, But Mixed Classes Banned: Taliban