Before and After the Nepal Earthquake: Heartbreaking Pictures Show Landmarks in Ruins 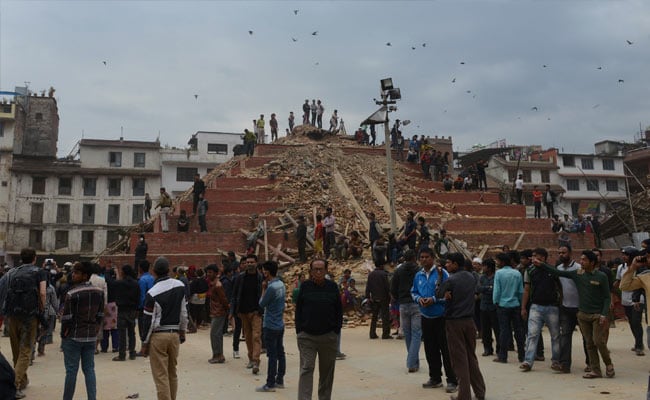 Over the weekend, Nepal was shattered by an earthquake that registered 7.9 on the Richter scale and left in its wake a trail of unimaginable destruction and loss. Among the images emerging from a country in ruins are those of some of the city's iconic temples and heritage sites, all reduced to rubble.

The pictures below, taken before and after the disaster, are a chilling barometer of just how unforgiving nature can be.

Dharahara Tower: The 19th-century nine-storey tower was razed practically to the ground in the earthquake. The image on the right shows the 50.5-metre-high historic tower as it is now. The picture on the left was taken in 1998.

Durbar Square: One of UNESCO's World Heritage sites, the Durbar Square was the royal palace of the former Kathmandu Kingdom. Now, there's almost nothing. 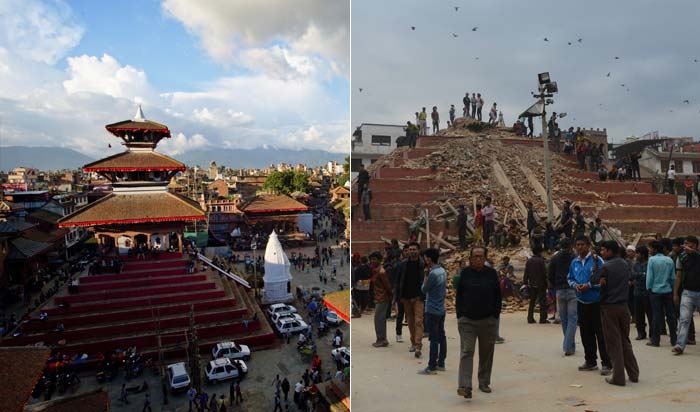 Garuda Statue at Durbar Square: The statue itself has survived relatively unscathed, which serves to underline how much the temple and surrounding area have suffered.

Promoted
Listen to the latest songs, only on JioSaavn.com
Swayambhunath Complex: Also known as the Monkey Temple, the ancient religious complex is now little more than dust.


Before & after images of Swayambhunath Stupa. How prepared is #Bangladesh for such a disaster? #PrayForNepalpic.twitter.com/qfVDw2qaEM

Bhupatindra Malla: Bhaktapur town was among the worst affected areas. The images here show the startling change in the landscape.


Patan Durbar's Bhupatindra Malla statue pillar before i have taken on my vacation time & after this afternoon. #Nepalpic.twitter.com/WydJWFaURK

Gaddi Durbar: The post-quake picture shows a complete wipe out of the temple in Bashantapur Durbar Square. 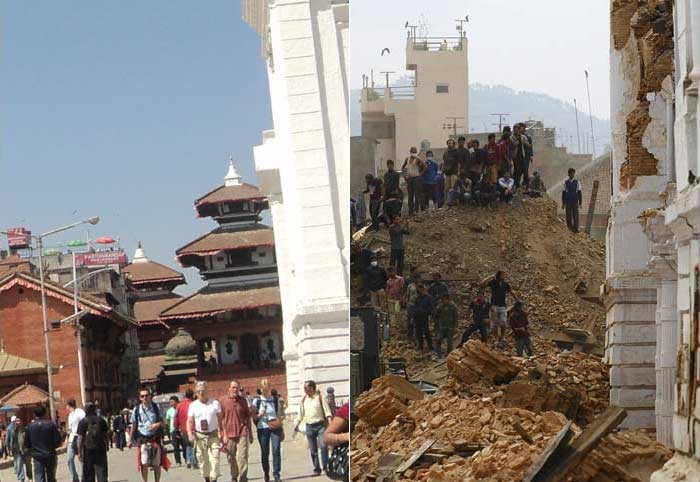