Bear Grylls Opens Up On Parachuting Accident That Changed His Life

Bear Grylls said he was undergoing ice treatment every day to keep his body and mind strong. 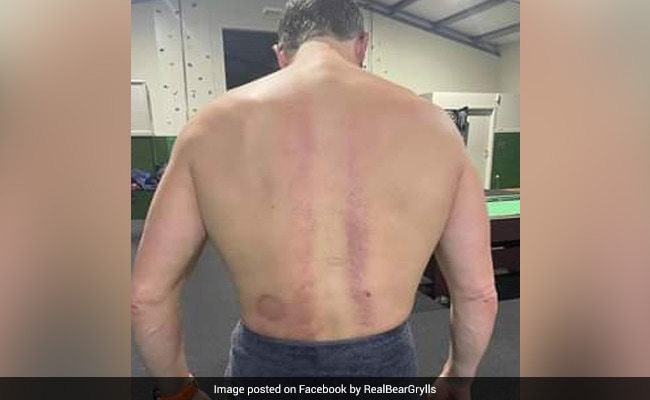 At the age of 21, Grylls was put through a year of rehabilitation after fracturing three vertebrae.

The pain of breaking his back 25 years ago in a parachuting accident haunts Bear Grylls every day to this date, the British adventurist said in an Instagram post. The man behind the popular show Man vs Wild said that he is in pain every day due to the accident.

Grylls also gave an insight into how he lives with the injury and what he does to help with recovery.

The 46-year-old wrote in the caption, "People sometimes ask me if my back ever hurts having broken it all those years ago in a parachuting accident. The answer is every day. And the treatment I get for it can be quite intense but life can at times be a battle for everyone and most people have their stuff to carry with them through the adventures. I choose just to be grateful for the opportunity to still be able to live life as best I can."

He added that he was undergoing ice treatment every day to keep his body and mind strong.

The TV star was skydiving in Zambia in 1996 when his parachute failed to inflate, causing him to land on his back. At the age of 21, Grylls was put through a year of rehabilitation after fracturing three vertebrae.

Fans were impressed with the star's honesty and praised him for the grit. Commenting on the post, a follower said, "You're a true inspiration Bear, I have herniated discs in my lower back and someday the pain is awful but you help with positivity."

Another fan wrote, "You are an inspiration. Keep well and strong to be adventurous and what you love doing."

Interestingly, just two years after the painful injury, Grylls became the youngest Briton to reach the summit of Mount Everest. He, however, felt that the title should belong to Michael Matthews who was 22 when he disappeared on the mountain in 1999. Micheal is the brother of the reality television series Made In Chelsea star Spencer Matthews.