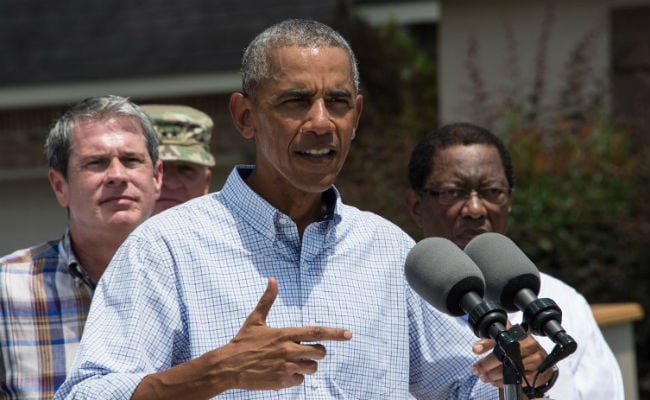 Baton Rouge, United States: President Barack Obama touched down in flood-stricken Louisiana on Tuesday, hoping to offer support to devastated communities and silence his critics who say he should have visited sooner.

Obama has been lampooned for not cutting short a two-week vacation in order to tour the Gulf Coast state, where heavy rains have submerged thousands of homes.

At least 13 people have died and 86,000 people have registered for US government emergency assistance as a result of the flooding.

The disaster brought back painful memories of Hurricane Katrina, which 11 years ago inundated nearby New Orleans.

For this month's floods, the National Guard has been deployed and the federal government has worked hard to show it is doing everything possible to speed the recovery.
Obama -- decked out in hiking boots and with shirt sleeves rolled up -- touched down in Baton Rouge and was due to tour one of the hardest hit areas.
The Federal Emergency Management Agency, which was heavily criticized for its Katrina response, has approved $120 million.

The White House said Obama would be looking at what more could be done.

In just a few days, 31 inches (79 centimeters) of rain fell on some parts of the low-laying state -- where the highest point is just 535 feet (165 meters) above sea level. 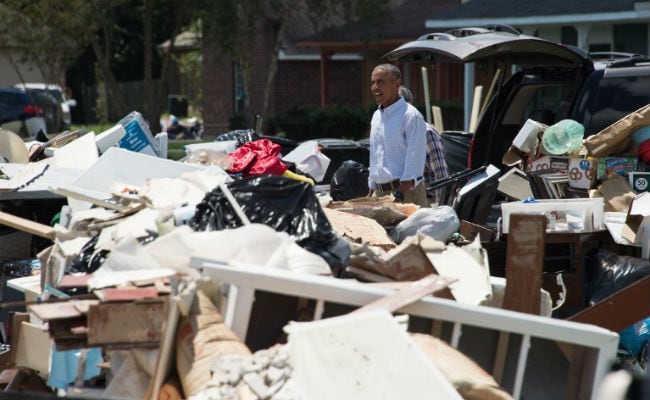 Obama has declared a major disaster in 20 of Louisiana's 64 parishes -- the state's equivalent of counties -- streamlining federal assistance.

But a few months out from November's election, Obama's visits have inevitably become another talking point on the campaign trail.

"Honestly, Obama ought to get off the golf course and get down there," Trump said.

"I think the president is used to people trying to score political points even in situations where they shouldn't," Earnest said. 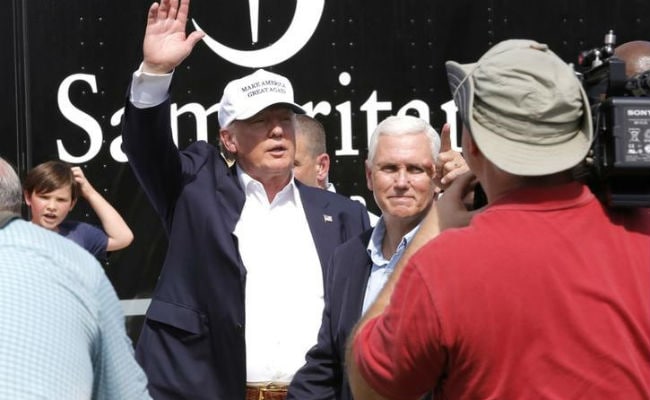 Prior to Trump's visit, Louisiana's Democratic Governor John Bel Edwards said he welcomed him to the state, "but not for a photo-op."

"We hope he'll consider volunteering or making a sizable donation to the Flood Relief Fund to help the victims of this storm," Edwards said.

The governor has also provided cover for Obama, saying the president's trip should wait so he does not draw resources away from the flood response.

Any presidential visit is a major security and logistical event.

Democratic nominee Hillary Clinton has said she will visit later, in an implicit criticism of Trump.

"I am committed to visiting communities affected by these floods, at a time when the presence of a political campaign will not disrupt the response," she said, while calling for donations to the Red Cross.

Promoted
Listen to the latest songs, only on JioSaavn.com
Republicans usually win the state of Louisiana handily in presidential elections.

The last Democratic presidential nominee to win there was Clinton's husband, former president Bill Clinton, in his 1996 rout of Bob Dole.