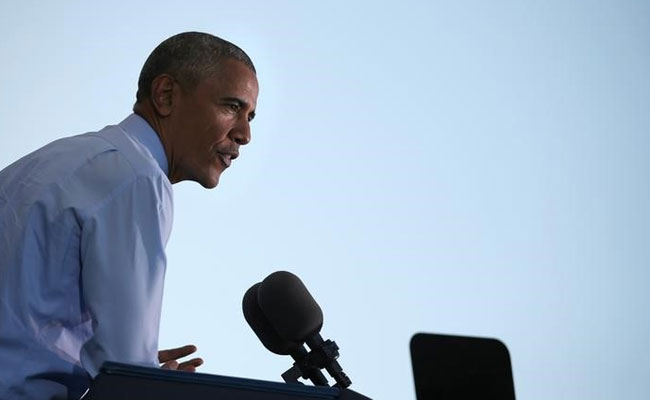 Washington: A US-backed assault on Raqqa, ISIS' de facto capital in Syria, is unlikely to pierce the city itself before President Barack Obama leaves office in January, denying him the chance to claim the end of the group's "caliphate" as part of his legacy.

Although a US-backed alliance of Syrian armed groups announced the kickoff of the offensive on Sunday, US officials caution the fighters will first try to seal off and isolate the ISIS stronghold, a process that could take two months or longer.

As a result, the victor of Tuesday's US presidential election almost certainly will inherit the job of routing the militants from the city from which they have run their shrinking territories in Syria and Iraq, overseen branches from West Africa to South Asia and plotted attacks in Western Europe and elsewhere.

"There is no available force capable of taking Raqqa in the near future," said one US official. Another said some of the needed Arab forces were still in training. Like seven other officials interviewed for this report, they requested anonymity to discuss the issue.

US Marine General Joseph Dunford, the top US military officer, played down the idea that seizing Raqqa would be quick or easy, saying the first job was sealing off the city.

"We always advertised that the isolation phase is going to take months," Dunford was quoted as saying on Sunday by a US defense department reporter traveling with him in Turkey.

Dunford's visit to Ankara came as the Obama administration is enmeshed in a delicate balancing act between NATO ally Turkey and rival Syrian Kurdish forces trained and equipped by the United States.

The US plan for Raqqa calls for an assault force of thousands of fighters from the Kurdish Peoples Defense Units, known as the YPG, and Arabs whose job it would be to take and hold the city itself, US officials said.

However, US special operations forces in northern Syria have yet to recruit enough Arabs to take and hold the Arab-dominated city, they said. Some US officials and experts doubt that the United States will be able to soon field an Arab force large and strong to defeat thousands of ISIS terrorists who have had months to prepare a final stand.

They pointed out that some 25,000 Iraqi troops, militiamen and Kurdish peshmerga fighters are involved in the offensive to wrest Mosul from an estimated 3,000 to 5,000 terrorists.

"Raqqa is every bit as infested as Mosul, perhaps even more so," said Thomas Lynch, a National Defense University fellow and retired Army officer. "But there is an enormous investment by this administration in terms of going after Raqqa before it leaves office."

Administration advocates of a rapid assault on Raqqa think YPG units will participate and enough Arabs will be enlisted and trained as the noose around the city tightens.

The YPG is one of America's best allies in the fight against ISIS. But Turkey denounces the YPG as an appendage of the PKK, a group that has fought for decades for independence for Turkey's Kurdish minority and is on the US terrorism list.

The sides are embroiled in a race to capture al Bab, a non-descript town held by ISIS. Its fall to the Turkish-backed force could prompt the YPG to reject a role in the Raqqa offensive and alter the course of the conflict in northern Syria.

"That would be the outcome we least desire," a second US official said.

Obama spent more than two hours on the telephone in late October with Turkish President Tayyip Erdogan as part of an intense US diplomatic drive to overcome Erdogan's objections to YPG participation in the Raqqa offensive, US officials said.

"For us, the linchpin here is for the Turks to exercise enough restraint (and) get them to resist the temptation to do anything that would spark a conflict that might get out of control," said the second US official. "It's a hand-holding exercise on both sides of the aisle."

But he and other US officials acknowledged that crushing ISIS is not as high a priority for Erdogan as ensuring that the YPG cannot knit Kurdish enclaves in northern Syria into a de facto state that could strengthen the PKK.

The situation is further complicated by Russia, which intervened last year in Syria's civil war to shore up President Bashar al-Assad. With aircraft and advisers deployed around Syria, Russia has warned Turkey against advancing more than 25 kilometers (15.5 miles) into Syria, said the second US official.

For now, the Turkey-backed force has stopped short of al Bab, which is about 30 kilometers from the Turkish border, US officials said.

Taking al Bab would expand a buffer zone that Turkey is establishing inside Syria to seal its border from ISIS infiltration. Turkey's incursion also has prevented the YPG from unifying the northern Kurdish enclaves.

Moreover, al Bab's fall to the Turkish-backed force would expand a potential Turkish-protected "safe zone" for moderate Syrian rebels, who could base their internationally recognized government-in-exile in the area.

The rebels also could use such a zone to re-establish supply corridors from the Turkish border and open a new front aimed at relieving the Syrian regime's siege of opposition-held eastern Aleppo, experts said.

Promoted
Listen to the latest songs, only on JioSaavn.com
"An eventual reopening of the Aleppo city front is an inevitability," said Charles Lister, an expert with the Middle East Institute in Washington. "The opposition will go whether the Turks want it or not."