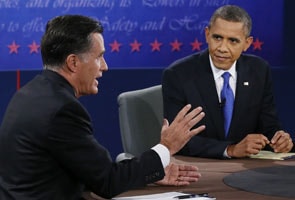 The survey by the Wall Street Journal and NBC News gave Obama 48 percent support and Romney 47 percent -- a statistical dead heat, given the survey's margin of error of plus or minus 2.55 percentage points.

The poll, conducted between November 1-3, sampled 1,475 likely voters. The findings were in keeping with most national polls which find the presidential contest too close to call.

Most polls, however, give Obama a slight but significant lead in most of the crucial battleground states that ultimately will determine the outcome of the presidential, and therefore give the Democratic incumbent favorable odds of re-election.
Comments
US elections