Barack Obama Announces Lifting Of US Sanctions On Myanmar 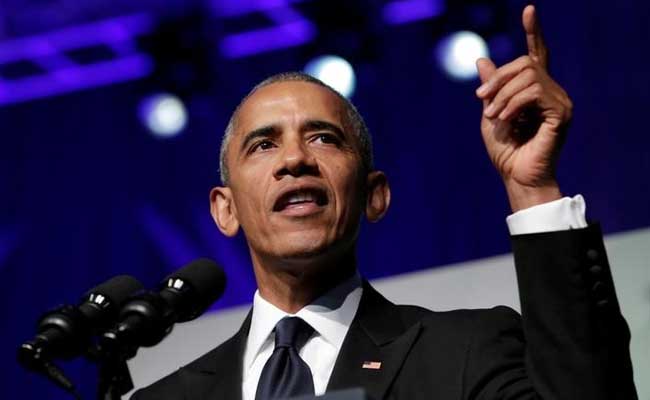 Barack Obama said on Friday he was lifting sanctions on Myanmar by terminating an emergency order.

Washington: President Barack Obama formally announced the lifting of US sanctions on Myanmar on Friday by terminating an emergency order that deemed the policies of the former military government a threat to US national security.

"I have determined that the situation that gave rise to the national emergency ... has been significantly altered by Burma's (Myanmar's) substantial advances to promote democracy, including historic elections in November 2015," Obama said in a letter to the US House and Senate speakers.

A US Treasury statement said that as a result of the termination of the emergency order the economic and financial sanctions administered by the Department of the Treasury's Office of Foreign Assets Control were no longer in effect.

The move followed a meeting between Myanmar's de facto leader Aung San Suu Kyi and Obama in Washington last month, when she called for the lifting of economic sanctions against her country, and he said he was willing to do this.

Obama's letter pointed to the formation of a democratically elected, civilian-led government as a result of the election, the release of many political prisoners and improved human rights and fundamental freedoms, including freedom of expression and freedom of association and peaceful assembly.

"While Burma faces significant challenges, including the consolidation of its democracy, the United States can, and intends to, use other means to support the government and people of Burma in their efforts to address these challenges," Obama's letter said.

Suu Kyi, a Nobel Peace Prize laureate and democracy icon, helped persuade the West to impose sanctions on Myanmar, which is also known as Burma, during her years as a jailed opposition leader. She is now trying to strike a balance between showing her people the economic rewards of a democratic transition while keeping pressure on the country's generals for further reforms.

Some members of the US Congress have expressed concerns about the extent and durability of change in Myanmar and introduced legislation seeking to give lawmakers some influence on the process of easing sanctions.

Promoted
Listen to the latest songs, only on JioSaavn.com
Officials of the US administration have said the removal of sanctions would not apply to military-to-military assistance, given the extent of the military's involvement in politics and rights abuses.
Suu Kyi herself has been criticized for doing too little to address the plight of Myanmar's stateless Rohingya Muslim minority.