Bangladesh lawmaker Rezaul Karim argued that the children of working couples were often exposed to abuse by housemaids. 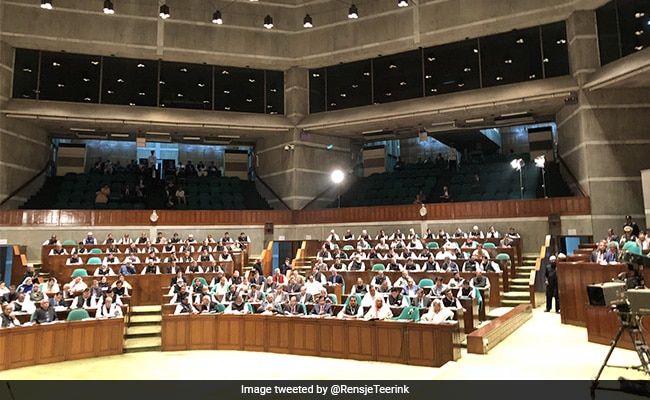 The proposal evoked laughter in the parliament (File)

The Bangladesh Parliament on Saturday declined to consider a proposal by an independent lawmaker suggesting a ban on marriages among the working people to address the country's unemployment issue, drawing criticism from fellow parliamentarians.

Lawmaker Rezaul Karim also argued that the children of working couples were often exposed to abuse by housemaids.

The proposal evoked laughter in the House with several of his colleagues ridiculing him.

"I cannot move two steps off the House if I accept the proposal... this is unconstitutional," the minister said.

Anisul Huq said being a public representative he could not endanger his own career by accepting such a proposal.

"Since we have the freedom of speech, he (Rezaul Karim) can say whatever he likes and he is taking the advantage of that freedom," Mr Haq said.

Rezaul Karim, who became a lawmaker for the first time in 2018, drew massive criticism last year for blaming "feminist campaigns" for rising incidents of rape.

He also made headlines the same year after posting a picture of himself posing with a pistol on his Facebook account.