Nearly 450 Schools In Bangkok Shut Due To Heavy Pollution

Bangkok Pollution: The burning of stubble and undergrowth in fields in surrounding rural areas of Bangkok is believed to contribute to much higher pollution levels in the dry, winter months. 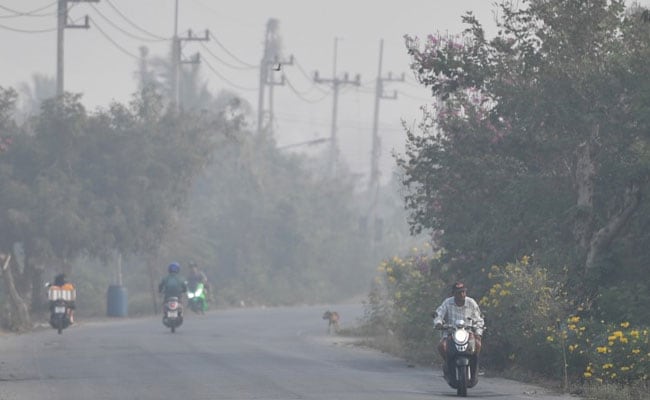 Bangkok Pollution: Bangkok's air quality index on Wednesday was 163 as per reports

Bangkok, the world's most visited city, saw levels of PM 2.5 particles at 78.3 pg/m3. A level above 35 is considered unhealthy, according to independent air quality monitor AirVisual.

PM 2.5 particles can include dust, soot and smoke and are so small they can lodge deep in the lungs and enter the bloodstream.

"Students get affected a lot by air pollution because they are exposing to outdoor all the time even waiting for the bus or just walking," Panpimon Jumsook, a teacher at one of the schools said.

Like many growing Asian cities, Bangkok is plagued by vehicle fumes, dust from construction sites and emissions from industry but the burning of stubble and undergrowth in fields in surrounding rural areas is believed to contribute to much higher pollution levels in the dry, winter months.

Bangkok's air quality index (AQI) on Wednesday was 163, according to data from AirVisual. Anything above 150 is considered unhealthy.

The schools will be closed for one day. Last January, the city closed schools for a week because of pollution.

(Except for the headline, this story has not been edited by NDTV staff and is published from a syndicated feed.)
Comments
Bangkok schools ShutBangkok PollutionBangkok