Natasha Tynes tweeted a photo of a black, female Metro worker who was breaking the D.C. region transportation agency's rules by eating breakfast on a train. 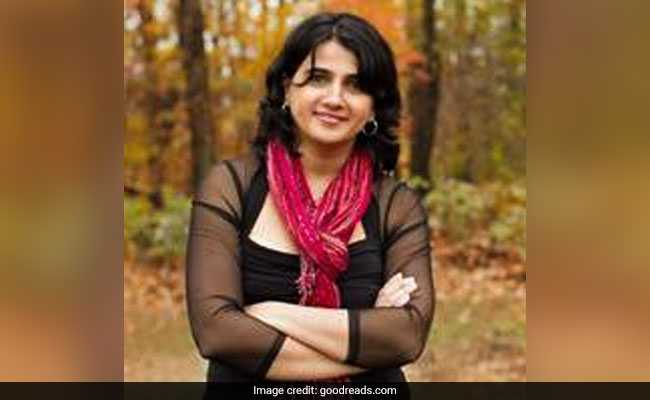 Natasha Tynes, an award-winning Jordanian American author who lost a book deal following claims of online racism, is suing her publishing house for $13 million. The lawsuit, filed in California on Friday, alleges that Rare Bird Books breached its contract and defamed her, causing "extreme emotional distress" and destroying her reputation.

In 2018, Tynes contracted with Rare Bird to distribute her upcoming novel, "They Called Me Wyatt," about a murdered Jordanian student whose "consciousness" inhabits a 3-year-old boy with speech delays. The book, written over four years, was set to be released this month.

That changed in May, when Tynes became the subject of a national and international news story.

On the morning of May 10, the World Bank communications officer and mother of three tweeted a photo of a black, female Metro worker who was breaking the D.C. region transportation agency's rules by eating breakfast on a train.

"When you're on your morning commute & see @wmata employee in UNIFORM eating on the train," Tynes tweeted. "I thought we were not allowed to eat on the train. This is unacceptable. Hope @wmata responds," she wrote.

By 10 a.m., less than 30 minutes later, Tynes had deleted the post and apologized for the "short-lived expression of frustration," according to court documents. But the fuse of public outrage and ostracism had already ignited.

Tynes took the additional step of contacting the agency to ensure the employee would not be disciplined (and the complaint notes that no action was ever taken against the transit worker). Then, she spoke to Rare Bird executive Robert Jason Peterson and explained that "having not grown up in the United States, the issue of race had not even occurred to her when she made the tweet."

Peterson, the filings said, reassured the writer and told her he did not blame her. "You'll get through this, we've got your back," he allegedly said to Tynes just before noon.

Hours later, Rare Bird released a public statement, calling Tynes's tweet - which it described as the policing of a black woman's body - "something truly horrible."

As The Washington Post previously reported, in response to the tweet, Rare Bird announced it had decided not to distribute her book. "We think this is unacceptable and have no desire to be involved with anyone who thinks it's acceptable to jeopardize a person's safety and employment in this way," the company announced on Twitter.

By the following day, the publisher had announced plans to halt shipments of the book and postpone the publication date while taking the "appropriate next steps to officially cancel the book's publication." Preorders for the novel were also canceled, even though sales had skyrocketed, court documents say.

Rare Bird did not immediately respond to requests for comment on Tynes's lawsuit.

The lawsuit alleges that Rare Bird's statement was defamatory. According to the complaint, Tynes "did not police a black woman's body," "did not engage in any act of racism" and "took no action that could have possibly jeopardized anybody's safety," except, perhaps, her own.

After the May 10 events and the resulting uproar, Tynes was hospitalized for "an acute anxiety reaction and suicidal ideations," the complaint says. She was placed on administrative leave by her employer, and the Goodreads book review website received a barrage of negative reviews for the not-yet-published novel.

Tynes began receiving online threats, the lawsuit said, and she became the subject of racial slurs, including being called a "terrorist," "a plane bomber," "un-American" and "a radical Muslim," while others called for her deportation.

Court papers also said she temporarily returned to Jordan on May 21, fearing her family "would be the subject of violence, reprisals and harassment at the hands of a mob incited by Rare Bird if she remained in the United States."

"What Rare Bird has done to Natasha Tynes is just beyond abhorrent," said attorney William Moran, who is representing Tynes. "I've never seen a publisher throw an author under the bus like this before."