The homes were in New South Wales where the accused gunman, Brenton Tarrant, grew up, though he has spent most of the last decade overseas, officials said. 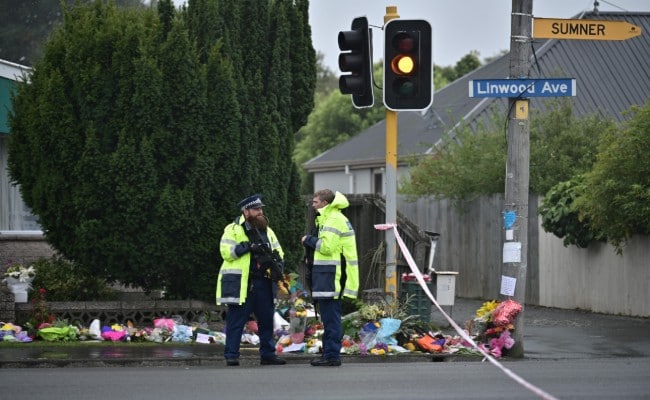 New Zealand police said the searches were to assist them in their ongoing investigation.

Australian counter-terrorism police searched two homes early Monday linked to the gunman accused of killing 50 people at two New Zealand mosques last week, police said.
The homes were in the New South Wales towns of Sandy Beach and Lawrence, both near the town of Grafton where Brenton Tarrant, the alleged shooter, grew up.

"The primary aim of the activity is to formally obtain material that may assist New Zealand police in their ongoing investigation," a police statement said.

They said Tarrant's family "continues to assist police with their inquiries" but that there is no information to suggest "a current or impending threat" to the community.

Tarrant, a self-avowed white supremacist, spent his youth in Grafton but has travelled abroad extensively over the past decade and had lived in recent years in Dunedin, New Zealand.

He has been charged with murder in the country after the mass shooting on Friday which left 50 dead and 50 injured in two mosques in the city of Christchurch on.

Australian Home Affairs Minister Peter Dutton said Monday that Tarrant had spent only 45 days in Australia over the past three years and was not on any terror watch lists.

He rejected as "disgraceful" criticism that Australia's counter-terror agencies had neglected the threat of right-wing extremists like Tarrant due to their focus on combatting Islamist radicals.

"These extremist groups -- neo-nazis, or white supremacists, extreme right-wing groups -- whatever term you want to apply to them, they've been squarely on their radar," he said in a televised interview.

"They are well and truly looking at this threat, they are dealing with the threat and to think that they've just discovered it or they are coming late to the party is complete rubbish," he said.

ASIO officials were due to brief the cabinet of Prime Minister Scott Morrison on the New Zealand attacks and the threat of right-wing extremism in Australia later on Monday.

(This story has not been edited by NDTV staff and is auto-generated from a syndicated feed.)
Comments
new zealand mosque attackbrenton tarrant