"You Know This Face": Christchurch Hero Confronts Killer In Court

"You know this face. The one who chased you out," Abdul Aziz Wahabzadah told Tarrant, who is facing a life sentence without parole for his killing spree. 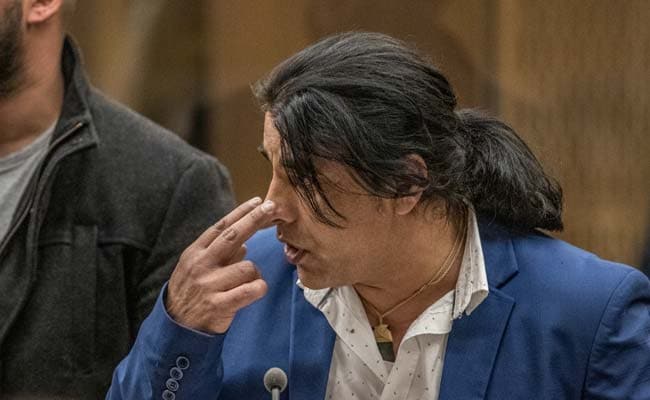 One of the heroes of the Christchurch terror attack confronted gunman Brenton Tarrant on the third day of sentencing hearings on Wednesday, telling him: "You should thank God on that day I didn't catch you".

"You know this face. The one who chased you out," Abdul Aziz Wahabzadah told Tarrant, who is facing a life sentence without parole for his killing spree.

The Australian father-of-four told the court how he offered himself as a target to protect worshippers inside a mosque where Tarrant had opened fire without warning. In all, 51 people were killed in the attack on two mosques in the New Zealand city of Christchurch on March 15 last year.

"I ducked in between the cars. My two sons were looking from the side of the mosque. That coward kept shooting at me. They said 'Daddy please come inside'. I told them you go inside I will be alright," Aziz told the court.

"I called that coward. 'You are looking for me, I am here!' I didn't want him to go inside the mosque because we had 80 to 100 people praying at that time."

When Tarrant, an Australian white supremacist, returned to his vehicle, Aziz picked up one of his discarded weapons and used it to smash the window of the car.

"When I smashed his side window I saw fear in his eyes for his own life. He looked at me, gave me the finger and told me 'I will fucking get all of you'," said Aziz.

Tarrant took off in his car but Aziz chased him down the road brandishing the discarded gun, which was out of ammunition.

"That coward saw me on his back mirror. He came to the other lane and drove through a red traffic light ... He just wanted to save his own life," said Aziz, who was born in Afghanistan.

Some of Aziz's children were with him at the mosque in the suburb of Linwood when Tarrant opened fire without warning in an attack he livestreamed on Facebook.

Seven people were killed there but scores managed to escape thanks partly to Aziz's actions. His children survived.

"You will never forget these two eyes you ran from," Aziz told Tarrant, who has sat impassively through hours of emotional testimony from survivors and victims' families.

Justice Cameron Mander told Aziz: "Before you go, I've seen the video and want to acknowledge your courage." The courtroom's public gallery erupted in applause at the judge's comments.

Mander is expected to hand down his sentence on Thursday.