11 Killed, Dozens Injured After A Wave Of Blasts Strike Church In Indonesia

Three separate locations in the city of Surabaya were hit by the bombings around 7:30 am (0030 GMT), which left at least 35 injured. No one has yet claimed responsibility. 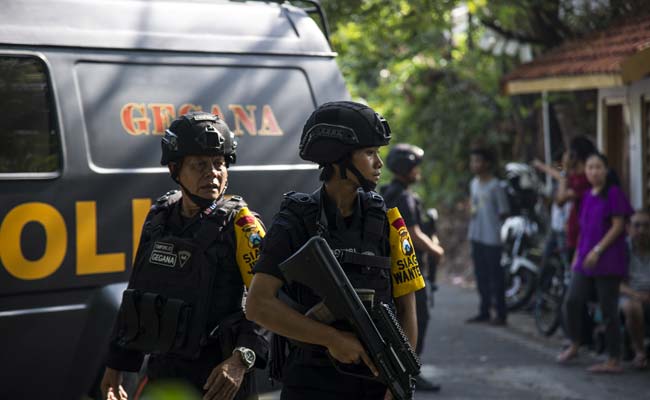 The deadly blasts in Indonesia all occurred within 10 minutes of each other, say police.

Jakarta, Indonesia: A series of blasts, including at least one suicide bombing, struck churches in Indonesia on Sunday, killing at least 11 people and wounding dozens in the deadliest attack for years in the world's biggest Muslim-majority country.

The nation has been on high alert following attacks by homegrown militants, including some claimed by the ISIS, as it grapples with rising intolerance towards religious minorities.

No one has yet claimed responsibility for the bombings during Sunday services in Indonesia's second-biggest city Surabaya.

East Java police spokesman Frans Barung Mangera confirmed the deaths of 11 people with 41 injured after three churches were hit by apparently coordinated attacks around 7:30 am (0030 GMT).

TV footage appeared to show a person on a motorcycle driving into the grounds of one church before a bomb went off seconds later.

Televised eyewitness reports suggested that one suicide bomber was a veiled woman with a couple of children in tow.

Police have not confirmed details about the suspects and it was not clear what happened to the children after the blast. 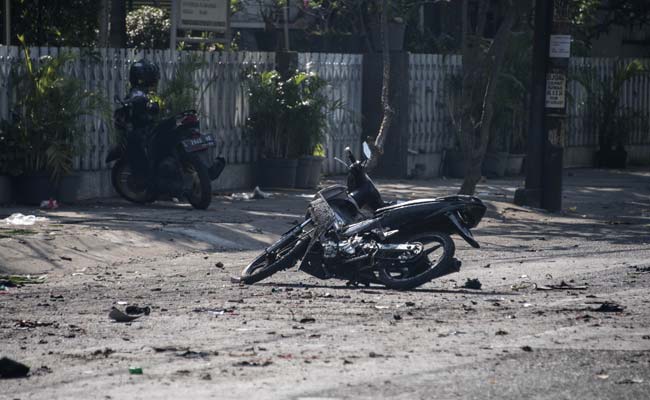 Other images showed a vehicle engulfed in flames and plumes of thick black smoke as a body lay outside the gate of Santa Maria Catholic church, with motorcycles toppled over amid the debris.

"I was frightened... many people were screaming," 23-year-old witness Roman told AFP after the blast at Santa Maria.

The attacks came just days after five members of Indonesia's elite anti-terrorism squad and a prisoner were killed in clashes that saw Islamist inmates take a guard hostage at a high-security jail on the outskirts of Jakarta.

ISIS group claimed responsibility for that incident although police denied its involvement.

Police on Sunday said four suspected members of the radical group Jamaah Anshar Daulah had been killed in a shootout during raids linked to the prison riot, but would not comment on whether the group was connected to Sunday's bombings.

Nearly 90 percent of Indonesia's 260 million people are Muslim, but there are significant numbers of Christians, Hindus and Buddhists.

Concerns about sectarian intolerance have been on the rise, with churches targeted in the past.

Police shot and wounded an IS-inspired radical who attacked a church congregation outside Indonesia's cultural capital Yogyakarta with a sword during a Sunday mass in February. Four people were injured.

In 2000 bombs disguised as Christmas gifts delivered to churches and clergymen killed 19 people on Christmas Eve and injured scores more across the country.

The archipelago nation of some 17,000 islands has long struggled with Islamic militancy, including the 2002 Bali bombings that killed 202 people -- mostly foreign tourists -- in the country's worst-ever terror attack.

Sunday's bombings had the highest death toll since nine people were killed in 2009 attacks on two luxury hotels in Jakarta.

Security forces have arrested hundreds of militants during a sustained crackdown in recent years that smashed some networks, and most recent attacks have been low-level and targeted domestic security forces.

But the coordinated nature of Sunday's bombings suggested a higher level of planning, analysts said.

"Recent (previous) attacks have been far less 'professional'," Sidney Jones, an expert on Southeast Asian terrorism and director of the Jakarta-based Institute for Policy Analysis of Conflict, told AFP.

The emergence of IS has proved a potent new rallying cry for radicals, sparking fears that homegrown extremist outfits could get a new lease of life.

A gun and suicide attack in the capital Jakarta left four attackers and four civilians dead in 2016, and was the first assault claimed by IS in Southeast Asia.
Comments
Indonesiachurch attack