Quetta is at the centre of Chinese-backed "Belt and Road" development projects worth $57 billion that first focused on Chinese firms building roads and power stations but is now expanding to include setting up industries. 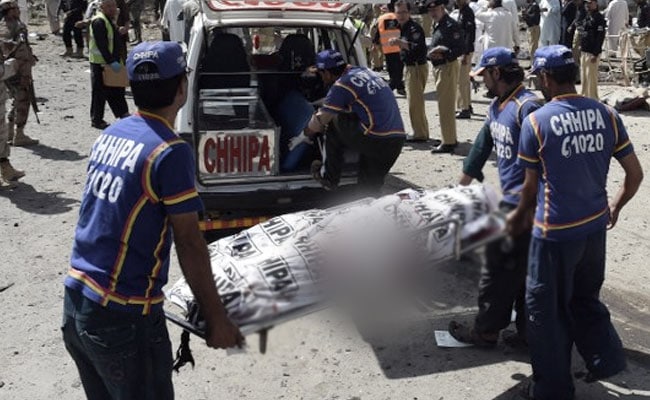 Quetta: An explosion targeting a police vehicle in Pakistan's southwestern Quetta city on Friday killed at least 11 people and injured around 20 others, officials said.

The explosion occurred in front of the office of the police chief in Quetta, which is capital of mineral-rich southern Balochistan, a province that is rife with separatist and Islamist insurgency.

"Eleven people have died... and at least 20 others are injured," Fareed Ahmed, medical superintendent at Civil Hospital told AFP, saying the death toll had increased from five earlier in the morning.

Police said that their vehicle was targeted in the attack, but that the nature of the explosion was not yet known.

"The blast targeted a police pick-up in front of the IG (Inspector General) office. A motorcycle was also destroyed in the explosion," Mohammed Tariq, a senior police official said.

Quetta is about 100 km (60 miles) east of the border with Afghanistan and is the capital of Baluchistan, which has been plagued by militant violence. The province is the base of a separatist movement as well as home to the Taliban and other militant Islamist groups.

It is also at the centre of Chinese-backed "Belt and Road" development projects worth $57 billion that first focused on Chinese firms building roads and power stations but is now expanding to include setting up industries.

Promoted
Listen to the latest songs, only on JioSaavn.com
That attack prompted Pakistan to boost security around Chinese nationals and other foreigners in the province, which is already one of the most militarised regions in the country.