Situated on a barren peninsula in the Arabian Sea, Gwadar, or the "gate of the wind", owes its fortuitous selection as Pakistan's next economic hub to its strategic location near the Strait of Hormuz. 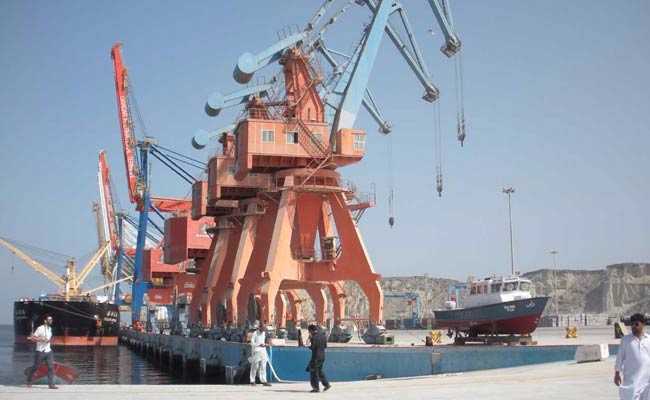 Gwadar, Pakistan: Remote and impoverished, Pakistan's Gwadar port at first glance seems an unlikely crown jewel in a multi-billion-dollar development project with China aimed at constructing a 21st century Silk Road. Situated on a barren peninsula in the Arabian Sea, Gwadar, or the "gate of the wind", owes its fortuitous selection as Pakistan's next economic hub to its strategic location near the Strait of Hormuz.
The city is set to become the bridgehead for the China-Pakistan Economic Corridor (CPEC), a $54 billion project launched in 2013 linking western China to the Indian Ocean via Pakistan.

The corridor is one of the largest projects in Beijing's "One Belt One Road" initiative, comprising a network of roads and sea routes involving 65 countries.

The Chinese-financed initiative aims to connect the country with Africa, Asia and Europe through a vast network of ports, railways, roads and industrial parks.

But for Pakistan, participating in the project presents an enormous challenge in a country plagued by weak institutions, endemic corruption and a range of insurgencies in areas slated to host the corridor.

"This port is going to help Pakistan make linkages with neighbouring countries. The entire nation will be getting benefits out of Gwadar," Dostain Khan Jamaldini, chairman of the Gwadar Port Authority, told reporters.

But "the first beneficiaries of this port will be the people of Gwadar".

The subject of economic dividends is extremely sensitive in resource-rich Balochistan -- one of Pakistan's poorest and most violent provinces, where separatist insurgencies have been waged for decades. 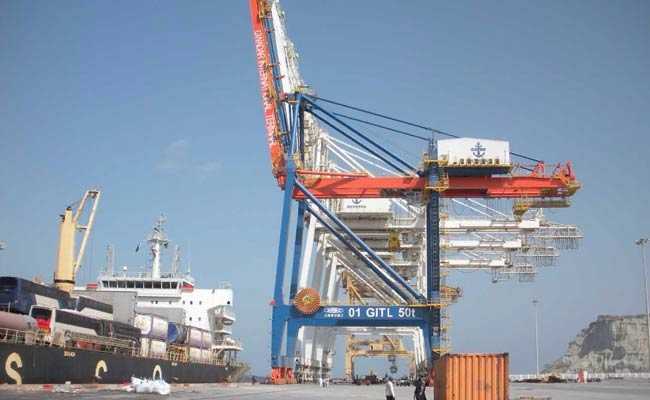 Since the beginning of the project militants have repeatedly attacked construction sites and targeted Chinese workers.

"Gwadar port is not Chinese, our strong partner is Chinese and we appreciate their boldness," said Jamaldini.

"They came to Gwadar when nobody was accepting the idea to come and visit."

China has eyed Gwadar for years.

Beijing financed an earlier scheme to develop the port prior to 2007, which was later overseen by a Singaporean group. But following bouts of insecurity, the Singaporeans handed it back to the Chinese in 2013.

The ambitious corridor is also far from popular in the region. India makes no mystery of its reservations over an infrastructure project that crosses through Pakistan-Occupied Kashmir.

This month US Defense Secretary Jim Mattis raised concerns about the issue, sparking a fierce backlash in Pakistan and claims Washington was trying to "contain China" in favour of arch-rival India.

Beyond diplomatic concerns, security remains a key issue in Gwadar, according to Brigadier Kamal Azfar, who heads "Brigade 440" -- a security outfit created to protect CPEC projects and personnel.

The area also lacks water and electricity, which developers hope will be remedied by dams and desalination plants outlined in the scheme.

Officials also worry the peninsula will fall victim to real estate speculation. Property prices near the port doubled between 2014 and 2016, said Sajjad Baloch, the director of the Gwadar Development Authority, before falling 20 percent.

And despite promises of future prosperity, skilled labour is lacking, says Mohamed Siddique, who runs a local hospital. Even with modern facilities it operates at a limited capacity because of a dearth of specialists.

In Gwadar city, economic activity spurred by CPEC remains limited. A lone freighter was anchored in the port during AFP's recent visit. Only three to four arrive every month, according to port authorities.

The expressway leading to the site is unfinished.

About 300 Chinese people working on various projects live in prefabricated houses on the port -- coined Chinatown -- but only venture out with a security escort.

The city itself, with a population of about 100,000 that is projected by one estimate to jump tenfold by 2050, has relied on fishing and the artisanal construction of boats for generations.

Up to 50,000 people, mostly fishermen, could be "gradually" resettled to make way for the project, Baloch said, adding the potential move could see them relocated to a "state-of-the-art jetty".

The first priority for the jobs will go to Gwadaris, "then to the Balochis, then to the people of any part of Pakistan", Baloch said.

However few Gwadaris have been hired at the port, according to locals building boats on a nearby beach.

"We are hoping to get a job there," said Juneid.

For others, it's a chance to right the wrongs of past subjugation.

Promoted
Listen to the latest songs, only on JioSaavn.com
"Balochistan province should get the maximum benefits instead of outsiders," said Abdullah Usman, 47, a social worker.

"It will be unfortunate if the local Baloch do not benefit... that would cause an increase in the several decades long sense of deprivation."