Bardarash Camp, which has been recently re-opened to accommodate the newly displaced Syrians, witnesses a surge in refugee arrivals each day. 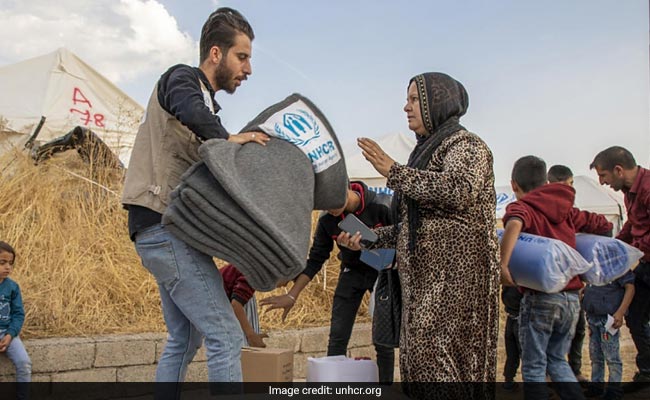 UN agencies are providing tents, food, mattresses, blankets, and hygiene kits to the refugees at the camp

The number of Syrian refugees crossing the border into Iraq has increased significantly in recent days after the anti-Kurds Turkish offensive in the area, the UN said in a statement.

A total of 176,000 people have been displaced in northeastern Syria due to military operations and the World Food Programme has managed to provide assistance in all collective shelters, according to Antoine Renard from WFP.

Amina is among the thousands uprooted by violence in north-east Syria. pic.twitter.com/gSm8ooR8QW

Bardarash Camp, which has been recently re-opened to accommodate the newly displaced Syrians fleeing military operations, witnesses a surge in refugee arrivals each day.

Jeanine Hennis-Plasschaert, special representative of the UN Secretary-General for Iraq, visited Bardarash Camp on Wednesday and expressed great concern about the increasing number of refugees, saying the camp will soon reach its maximum capacity of 11,000.

UN agencies were providing basic services in the camp, including tents, food, and core relief items such as mattresses, blankets and hygiene kits.