Another Attack Near Karachi Airport, All Flights Suspended 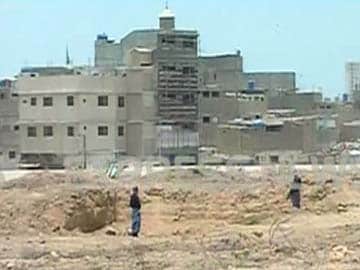 Kabul: A security checkpost outside Pakistan's Karachi airport was attacked by gunmen on Tuesday, an official spokesman told AFP, a day after an all-night siege by the Taliban left 37 dead.

"Gunmen are exchanging fire with Airport Security Force (ASF) personnel at a checkpost guarding the airport," an ASF spokesman said.

TV footage showed paramilitary vehicles and ambulances racing to the scene of the attack.

"We have suspended all flight operations at Karachi airport and we are evacuating passengers," said Mashud Tajwar, a spokesman for Pakistan International Airlines.

The checkpost is located at the entrance of an ASF camp some 500 metres (yards) away from the main airport premises.

Promoted
Listen to the latest songs, only on JioSaavn.com
The assault came as Pakistan launched air strikes on a militant-infested tribal district, killing 15 people in apparent retaliation for the Monday assault.