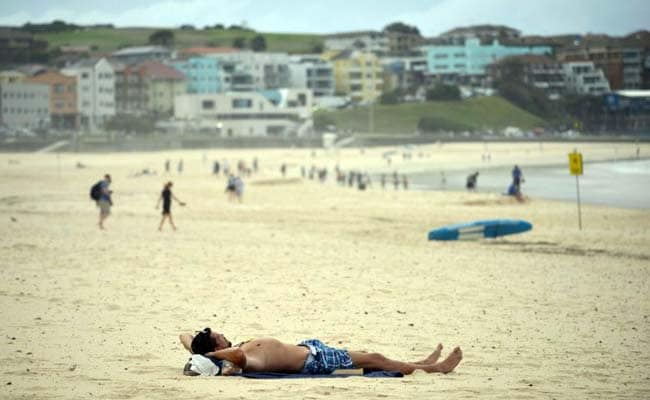 Climate change is cranking up intensity of extreme weather events, according to a report

Sydney: Australia endured a summer of record-breaking extremes, scientists said on Wednesday, with climate change tipped to increase the frequency and severity of such phenomena. Intense heatwaves, bushfires and flooding plagued the December-February summer season with more than 200 records broken over a period of 90 days, the independent Climate Council said in a report. "Climate change -- driven largely by the burning of coal, oil and gas -- is cranking up the intensity of extreme weather events," the "Angry Summer" report said.

"Days of extreme heat and heatwaves will become even more frequent and severe in Australia, and will increase the risks to critical infrastructure (e.g. electricity), the economy, health and ecosystems."

Australia has warmed by approximately 1.0 Celsius since 1910, according to the biannual State of the Climate report from the Bureau of Meteorology and national science body CSIRO released in October.

While bushfires are common in Australia's arid summers, climate change has pushed up land and sea temperatures and led to more extremely hot days and severe fire seasons.

"For Australia, it's harder to see the impact of climate change because we have a very variable climate anyway," Will Steffen, a climate scientist at the Council, told AFP.

"But our extremes are becoming so extreme that we can actually see the influence of climate change quite clearly."

Steffen added that such weather phenomena would worsen "over the next couple of decades" while efforts to reduce emissions catch up with rising carbon dioxide (CO2) levels in the atmosphere.

Australia is one of the world's worst per capita greenhouse gas polluters, due to its heavy use of coal-fired power.

The Bureau of Meteorology said last week the country's largest city Sydney had just experienced its hottest summer ever as "records were broken for numbers of hot days and nights across the city".

Heat records were also smashed for the eastern cities of Brisbane and Canberra for the same period, while in the west, Perth reported one of its wettest summers on record, the bureau added.

South Australia last year was hit by a state-wide blackout after severe wind gusts from an "unprecedented" storm tore transmission towers from the ground.

(This story has not been edited by NDTV staff and is auto-generated from a syndicated feed.)
Comments
Australia Climate CouncilAustralia weatherClimate changeAngry summer report