Mamoudou Gassama has emerged as a hero despite having lived in France fewer than six months. 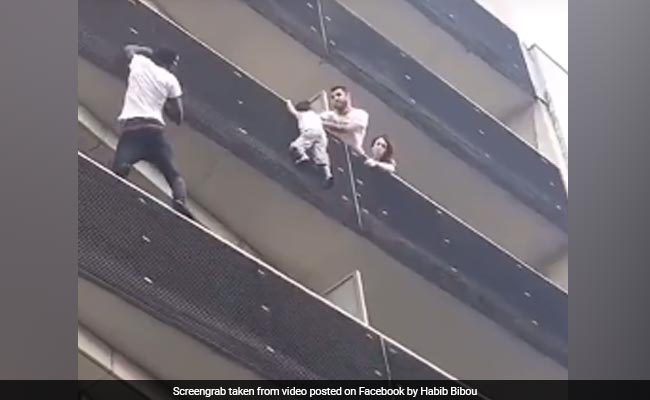 Mamoudou Gassama, a Malian immigrant is being hailed for his bravery.

PARIS: The video footage is striking: In a matter of seconds, a young man scales four stories of a Paris apartment building to rescue a toddler dangling from a balcony above the street.

The rescuer's name is Mamoudou Gassama, an undocumented 22-year-old immigrant from Mali, who is now being feted as a national hero despite having lived in France for less than six months. Paris Mayor Anne Hidalgo announced that the city would support his effort to stay in France, and President Emmanuel Macron welcomed him to the Elysee Palace on Monday.

Gassama - christened "Spider-Man" on French social media - has emerged as an overnight celebrity after rescuing the child Saturday night, at a moment when life is becoming increasingly difficult for immigrants in France.

Macron's government has cracked down on economic immigrants in particular and has doubled the amount of time authorities can detain newcomers. Likewise, the Interior Ministry has ordered the closure of makeshift migrant camps in Paris, where a young male immigrant drowned this month. 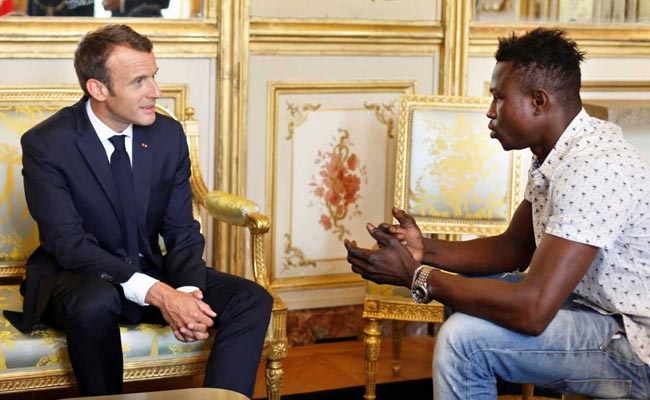 Mamoudou Gassama, a Malian migrant, received a certificate of bravery and dedication and a medal from the French President Macron after he saved a child hanging from a ledge. (Reuters)

But Gassama's example immediately provided a rallying cry for those who have criticized the government's hard line. An online petition began circulating Sunday night to ask that he be granted his residency papers.

"He explained to me that he arrived from Mali several months ago, dreaming of building his life here," Hidalgo said via Twitter. "I told him that his heroic gesture is an example for all citizens." 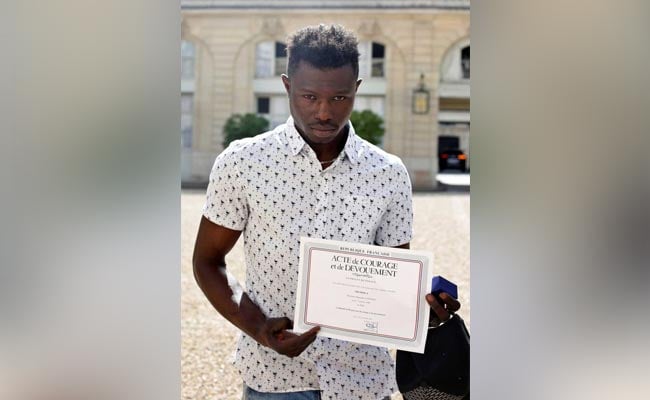 Around 8 p.m., he was with his girlfriend in the 18th arrondissement, or district, of Paris, watching the International Champions League soccer match. Walking on the street, he saw a crowd gathered below a building, screaming and gesturing upward on the rue Marx-Dormoy.

Then he saw the boy, whom authorities later said was 4.

"I climbed up to save him, voila," Gassama said.

"I did it because it was a kid," he told Le Parisien. "I love children very much."

For many, the question was how the 4-year-old boy had been able to climb over the balcony's railing in the first place.

Promoted
Listen to the latest songs, only on JioSaavn.com
His mother was not in Paris at the time, and his father, who had apparently left the boy home alone, was questioned by authorities, a judicial source told Agence France-Presse.