Mansoor, one of the most prominent human rights defenders in the UAE, received the prestigious Martin Ennals Award for Human Rights Defenders in 2015 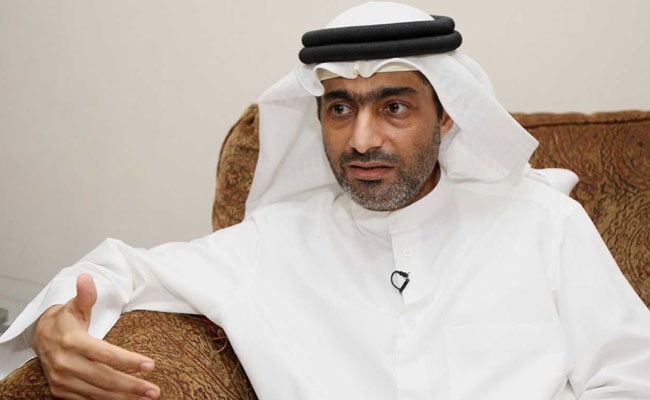 Mansoor, 49, was handed the prison term in May by a lower court. (Reuters)

The ruling by the Federal Supreme Court is final and cannot be appealed, the London-based rights group said in a statement.

The court also confirmed a fine of one million dirhams ($270,000) for Mansoor, who will be kept under survillance for three years after his release.

Foreign journalists are not allowed to attend such trials in the United Arab Emirates, whose ruling families rarely tolerate opposition.

The ruling "confirms there is no space for free expression in the United Arab Emirates," Amnesty said in a statement.

"Ahmed Mansoor's only 'crime' was to express his peaceful opinions on social media, and it is outrageous that he is being punished with such a heavy prison sentence.

"Instead of punishing Ahmed Mansoor for daring to express his opinions, the authorities must ensure his conviction and sentence are quashed and release him immediately and unconditionally," the rights group said.

Mansoor, 49, was handed the prison term in May by a lower court after he was convicted of attempting to harm his country's relations with its neighbours by spreading misinformation in posts on Facebook and Twitter, according to local media.

He was however cleared of conspiring with a "terrorist organisation".

During his trial, all court proceedings were conducted in almost total secrecy.

Mansoor, one of the most prominent human rights defenders in the UAE, received the prestigious Martin Ennals Award for Human Rights Defenders in 2015 for his work documenting the human rights situation in the country.

His arrest in March 2017 under the Gulf state's cyber-crime law triggered an international outcry led by Human Rights Watch and Amnesty.

During Mansoor's detention, the prosecutor accused him of using social media to "publish false information and rumours, spread tendentious ideas that would sow sedition, sectarianism and hatred", state news agency WAM had reported.

He was also accused of harming "national unity and social peace" and "the state's reputation".

Mansoor was part of a group of activists known as the UAE Five, who were arrested in April 2011 and released later that year after a presidential pardon, although authorities confiscated his passport and banned him from leaving the country.

(This story has not been edited by NDTV staff and is auto-generated from a syndicated feed.)
Comments
UAEDubaiAmnesty Internatioanl