Elecia Dexter, a graduate of Eastern Illinois University where she received a bachelor's degree in speech communication, took charge of the Democrat-Reporter. 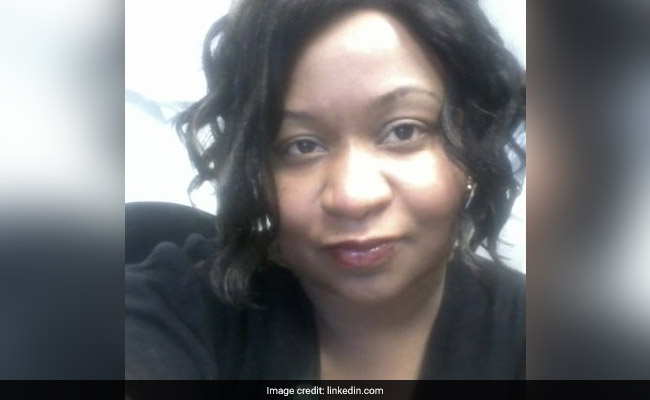 Alabama: Elecia Dexter, 46, said she's only worked at the Democrat-Reporter for six weeks

A black woman is the new editor and publisher of an Alabama newspaper after her predecessor stepped down Thursday following widespread condemnation of his Feb. 14 editorial that called for mass lynchings, and him saying that the Ku Klux Klan needed to "clean out" Washington.

"Time for the Ku Klux Klan to night ride again," the editorial in the weekly Democrat-Reporter read. The text asserted Democrats, along with some Republicans, were planning to raise taxes in Alabama. "Seems like the Klan would be welcome to raid the gated communities up there," it continued.

When confronted, the paper's publisher and editor Goodloe Sutton stood by his words, telling the Montgomery Advertiser that people who were upset could call him, write a letter or boycott the paper if they wanted. He inherited the publication, which is based in Linden, Ala. and has a circulation of about 3,000, from his father in the 1980s.

On Thursday, however, Sutton had an apparent change of heart. He turned control of the paper over to Elecia Dexter - an African-American woman from Chicago who served as the paper's front office clerk.

"Everything has been a little surreal, and there's a lot going on," Dexter said in an interview Saturday. "I'm grateful for this opportunity."

Dexter, 46, said she's only worked at the paper for six weeks and was disappointed when she saw the editorial. She's fielded phone calls, questions and emails from supporters of the newspaper who were dismayed over the editorial and negative publicity.

Dexter told The Post she'd planned to leave if no change took place. She said that she and Sutton had an "open and honest" dialogue about his comments, in which he explained his decision to invoke lynchings and the KKK in the editorial.

"[He] took a group that has a lot of negativity associated to it, especially for people like me, of color," Dexter said.

"There are different ways to communicate you wanted Washington to be cleaned up without using that particular reference," she added.

Dexter said Sutton approached her Thursday to say he was resigning as editor and publisher. He told Dexter she could carry on the legacy of his family, who has operated the Democrat-Reporter for decades, by taking the paper in a "new direction."

Sutton, who did not immediately return a phone call requesting comment, will maintain ownership of the Democrat-Reporter but will no longer oversee its day-to-day operations. Two decades ago, Sutton was praised by his peers and discussed as a potential contender for the Pulitzer Prize.

News of the editorial disturbed many Democrat-Reporter's readers, who "don't want to be identified or defined by what he put in that paper," Dexter said. However, longtime readers pointed out that it wasn't the first time that the paper's editorial page had endorsed extreme or openly racist views.

In May 2015, an editorial stated that the mayor of a city "up north" had "displayed her African heritage by not enforcing civilized law." Another, published in June of that year, called for drug dealers, kidnappers, rapists, thieves and murderers to be hanged "on the courthouse lawn where the public can watch."

Archives reveal many more examples. The contentious editorials ran without a byline, so it's unclear which, if any, were written by Sutton.

Dexter said she did not know about the editorials before joining the paper, but "started to hear little things" as she became familiar with the community. She moved to her father's hometown of nearby Sweet Water, Ala. in December and joined the Democrat-Reporter shortly afterward.

"When that article came out, I saw what other people had seen years and years ago," she said.

But the Feb. 14 editorial went viral and drew strong rebukes from Sutton's peers, lawmakers and the head of the Alabama NAACP, who called for an FBI investigation. Sutton didn't back away from his editorial, telling the Advertiser, "If we could get the Klan to go up there and clean out D.C., we'd all been better off . . . We'll get the hemp ropes out, loop them over a tall limb and hang all of them."

Dexter described Linden as a small, diverse town with traditional values. Moving forward, she said she wants to broaden the paper's scope and begin putting its stories online to highlight the "great things happening" in the community.

She knows it will take time to repair the paper's image and restore faith in it for those who read it. An announcement on the leadership change was sent to subscribers of the paper.

"One thing that sticks out to me as we move forward is making sure the people of this community feel this paper represents them and their views," she said. "Family, community looking out for each other - I would like to take a personal component moving forward, so people feel like it's their paper, which it is."

The Washington Post's Antonia Noori-Farzan contributed to this report.

(Except for the headline, this story has not been edited by NDTV staff and is published from a syndicated feed.)
Comments
Democrat-ReporterGoodloe SuttonElecia Dexter