Asim Umar, who was in early 40s, was designated as a "global terrorist" by the US which placed the Al-Qaeda in the Indian Subcontinent (AQIS) on the list of "foreign terrorist organisation" in 2016. 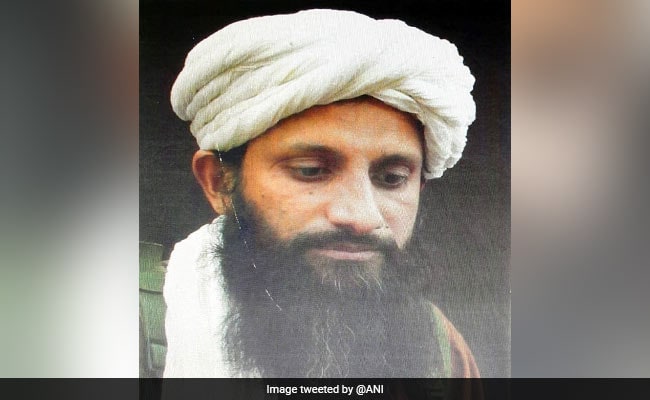 Asim Umar was killed during a joint US-Afghan raid on September 23.

India-born Asim Umar, the chief of the Al-Qaeda in the Indian Subcontinent (AQIS), has been killed during a joint US-Afghan raid on a Taliban hideout in Afghanistan's Helmand province, Afghan officials said on Tuesday.

Al-Qaeda leader Ayman al-Zawahiri had announced the formation of the AQIS to take the fight to India, Myanmar and Bangladesh in a video message in September 2014.

Asim Umar, who led the AQIS from its formation in 2014, was killed during a joint US-Afghan raid on a Taliban compound in Musa Qala district of Helmand province on September 23, Afghanistan''s National Directorate of Security (NDS) said.

It said Umar was killed along with six other AQIS members, most of them Pakistani. Among them was Raihan, Umar''s courier to Al-Zawahiri.

"They had been embedded inside the Taliban compound in the Taliban stronghold of Musa Qala," the NDS said in a statement.

Umar, who was in early 40s, was designated as a "global terrorist" by the US which placed the AQIS on the list of "foreign terrorist organisation" in 2016.

He was former member of US designated Foreign Terrorist Organisation Harakat ul-Mujahidin - a Pakistan-based terrorist group with branches across the Indian subcontinent.

Umar, who was born as Sana-Ul Haq in Sambhal in Uttar Pradesh, reportedly graduated from Darul Uloom seminary in Deoband in 1991. He later travelled to Pakistan where he studied at the Darul Uloom Haqqania Nowshera, the seminary which is dubbed as the ''University of Jihad''.

The AQIS claimed responsibility for the September 6, 2014 attack on a naval dockyard in Karachi, in which terrorists attempted to hijack a Pakistani Navy frigate.

It has also claimed responsibility for the murders of activists and writers in Bangladesh, including that of US citizen Avijit Roy, US Embassy local employee Xulhaz Mannan, and of Bangladeshi nationals Oyasiqur Rahman Babu, Ahmed Rajib Haideer and AKM Shafiul Islam.

By 2017, AQIS boasted several hundred members and had cells in Afghanistan's Helmand, Kandahar, Zabul, Paktika, Ghazni, and Nuristan Provinces, Seth G Jones, a strategic expert, had said during a Congressional testimony before the House Homeland Security Subcommittee on Counterterrorism and Intelligence.

In October 2015, US and Afghan forces targeted a large training camp in Kandahar Province, killing over one hundred operatives linked to AQIS al-Qaeda in the Indian Subcontinent.