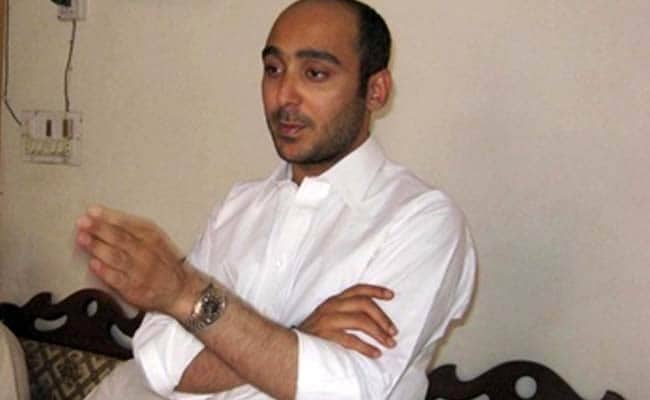 Ali Haider Gilani was recovered last month by US forces by sheer chance when his two captors were killed in a raid in Afghanistan. (File Photo)

Islamabad: Pakistan's former premier Yusuf Raza Gilani's son Ali Haider Gilani, who was recently rescued by the American forces in Afghanistan, has said that he was kidnapped by al-Qaeda to force government to free some women family members of the terror group's chief Ayman al-Zawahiri.

Ali, who was kidnapped by six militants from Multan after an election rally in May 9, 2013, said he was first taken to the industrial town of Faisalabad where kidnappers kept him for two months before shifting him to North Waziristan.

"I was chained for two years," he said. "I was kept in a small room, not allowed to see the sky for one year and two months. I forgot how the sun felt on my skin."

He was shifted to Afghanistan earlier this year when Pakistan army launched an operation in border area of Shawal in North Waziristan.

He was recovered last month by US forces by sheer chance when his two captors were killed in a raid in Afghanistan's Paktika province.

"They wanted the government to release some women from family of al-Zawahiri and also demanded hefty ransom," Ali, who was in custody of al-Qaeda for three years, told BBC Urdu.

Ali said he was not physically tortured but forced to live mental agony. "They'd tell me 'you're not a Muslim, your father is not a Muslim, you'll go to hell, your family aren't doing anything to help you'," he said.

He said that the militants were angry with his father for operations against them.

"My father was prime minister when their leader Osama Bin Laden was killed. He also started an operation in South Waziristan. They told me they wanted to take revenge," he said.

Ali said he had a diary where he tried to keep track of time and jot down day-to-day thoughts, "It kept me sane."

"I prayed a lot. I used to think of my son and say I have to survive for him."

He said he witnessed attacks by drones, tanks and mortar fire and jet strikes. "Drones have a horrible sound, it's like a huge bee constantly hovering over you. It wasn't just one drone, there were three, four or five at one time roaming day and night," he said.

He said Taliban loved cricket and he was also given a radio for running commentary of World Cup match between Pakistan and South Africa.

Talking about the future, Ali said that he was writing a book and would return to politics.