US-based SITE Intelligence Group, which tracks the online activity of jihadist groups, reported that Zawahiri spoke on a number of issues. 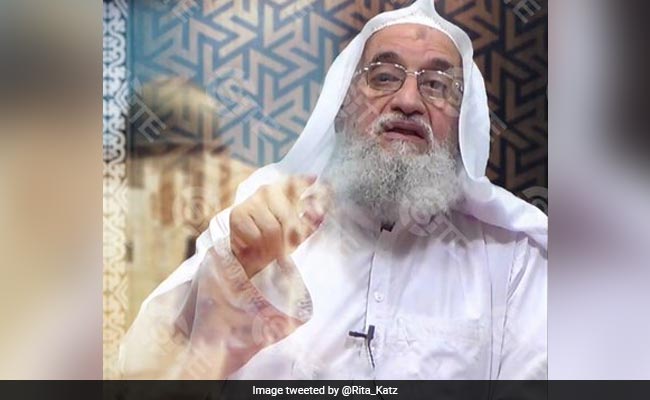 US-based SITE Intelligence Group reported that Zawahiri spoke on a number of issues.

Twenty years after the ghastly terror attack on the US, Al Qaeda leader Ayman al-Zawahiri, rumoured dead, has surfaced in a video released on the 9/11 anniversary.

US-based SITE Intelligence Group, which tracks the online activity of jihadist groups, reported that Zawahiri spoke on a number of issues.

Rita Katz, SITE's Director tweeted, "Amid rumours of his death, Al-Qaeda leader Ayman al-Zawahiri shown in a new 60-minute video, this time offering some evidence that he is not dead--particularly, reference to events after December when rumours of death surfaced."

17) Amid rumors of his death, al-Qaeda leader Ayman al-Zawahiri shown in new 60-minute video, this time offering some evidence that he is not dead--particularly, reference to events after December, when rumors of death surfaced. (A speech from March offered no such proof) pic.twitter.com/IXpz6wIZvh

In the video, Zawahiri talked about a raid on a Russian military base by the Al-Qaeda-aligned Hurras al-Deen in Syria, which it claimed on January 1.

The clip introduces Zawahiri with "May Allah Protect Him." The video also uses clips from Taliban media, showing its fighters.

"Yet another signal of the importance of the Taliban in the global jihadist movement's narrative since 9/11, and how the Taliban's victory in Afghanistan is also Al-Qaeda's victory," tweeted Katz.

As per Katz, pro-Al Qaeda media groups are outpouring with 9/11 celebrations and incitements: posters, videos, hashtags, etc. It is a very organized and thoroughly prepped campaign--nothing like what I've seen in previous years.

Moreover, Al Qaeda official media wing as-Sahab announced a new forthcoming release, which seems to be a video, expected to be released today.

This followed a release of a book by Zawahiri. As-Sahab releases part one of a book series by him with an introduction dated April 2021. The 852-page installment gives dedication to killed operatives.

While the Taliban who have taken over Afghanistan may be donning a friendly face for Western audiences, their intrinsic bonds with Al-Qaeda persists. Al Qaeda has made it clear that for them, the new Islamic Emirate is a victory and they're beneficiaries of the spoils.

Zawahiri succeeded Osama Bin Laden as the chief of the group after Laden was hunted down by US SEAL forces in Jalalabad in Pakistan.

Intelligence agencies have, as of yet, offered no proof or solid assessments that Zawahiri is dead, leaving the question of his current status in the air.