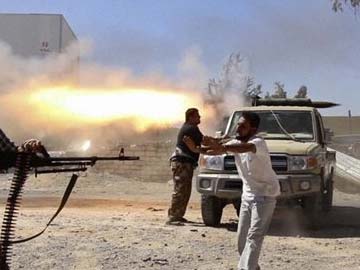 The official from the Islamist-allied Misrata militia said the two airstrikes by unidentified warplanes early on Saturday also targeted the Interior Ministry's building and several militia positions. He said the airstrikes also set fire to a warehouse.

Promoted
Listen to the latest songs, only on JioSaavn.com
He said two sons of the head of the military council of Misrata militias, Ibrahim Bin Rajab, were among the wounded. He spoke on condition of anonymity as he wasn't authorized to speak to journalists.

Libya is witnessing its worst spasm of violence since Moammar Gadhafi was toppled in 2011. Many of the rebel brigades which helped overthrow the longtime dictator have become powerful, heavily armed militias.