Airline Tried To Get Musician To Check Her 17th-Century Violin. A 'Wrestling Match' Ensued.

Yennifer Correia, a classical violinist on her way to play in the summer season at the Missouri Symphony Orchestra, asked for an airport supervisor. But the supervisor said there were no other options. The violin had to be checked. 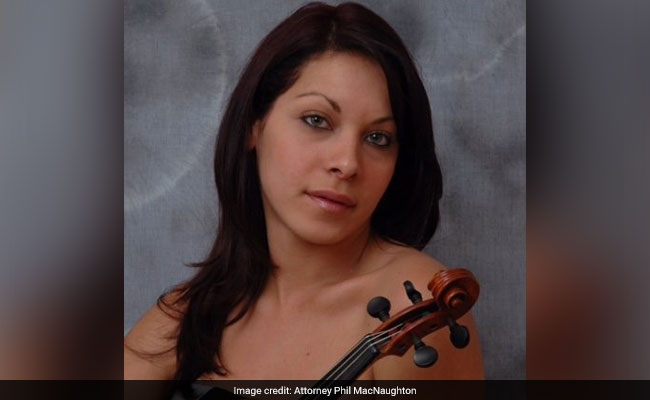 Yennifer Correia was on her way to play in the summer season at the Missouri Symphony Orchestra.

For the small fraternity of people who make their living coaxing musical notes out of vulnerable pieces of wood and metal, few things are more terrifying than seeing an expensive, defenseless instrument disappear on that little conveyor belt at the airport.

Horror stories abound. A musician checked his $45,000, 75-year-old cello, which airport workers promptly placed beneath somebody's golf clubs, snapping its neck. A noted German soloist said airport workers roughed up his cello case. After his flight, he found his $20,000 bow broken in half. A Florida State University music student on a flight to Tallahassee found splinters of wood where her cello used to be.

Those stories and many, many more have converged into an unwritten musician's rule: Never trust an airline with your instrument.

So when a Houston-based gate agent at United Airlines told Yennifer Correia that she would have to check her 17th-century violin, which costs more than her car, the first words out of her mouth were: "What are my other options?"

The situation soured from there, her attorney says, resulting in what is becoming another black eye for an airline industry that dragged a bleeding man off an overbooked flight this spring and allegedly booted a family from a flight over a birthday cake.

Correia, a classical violinist on her way to play in the summer season at the Missouri Symphony Orchestra, asked for an airport supervisor. But the supervisor said there were no other options. The violin had to be checked.

Her attorney, Phil MacNaughton, recounted what happened from there. Correia told the supervisor, "I can't not take my violin on board. I'll pay the money. I'll take another flight. Just tell me what I can do?"

As the altercation intensified, Correia told the agents that she would appeal to their bosses and asked the supervisor for her name, MacNaughton said. The supervisor said she wanted Correia's name and reached for the tag on her luggage.

"Without provocation, the supervisor for the Chicago-based carrier then lunged for Ms. Correia's case and, incredibly, tried to wrestle it away from the musician," said a statement written by MacNaughton.

"I start screaming, 'Help, help, help, can somebody record what's happening because this lady's trying to take my personal suitcase from me,'" Correia told Houston NBC-affiliate KPRC.

The supervisor said she was going to call security, and Correia apparently responded, "Please do." Then the supervisor dashed off. That was the last Correia saw of her.

During the scuffle, MacNaughton said, Correia's hand was injured. She doesn't believe there is permanent damage, but she went to see a hand specialist "because the stakes are high."

United Airlines didn't offer an account of what happened. Charles Hobart, a spokesman, emailed a statement to The Washington Post:

"We're disappointed anytime a customer has an experience that does not live up to his or her expectation. We are reaching out to Ms. Correia to gain a better understanding of what occurred and to offer assistance."

MacNaughton said someone from United left a voice mail on Correia's phone. He asked that anyone who had a video recording of the confrontation contact him.

"Why can't these people be polite?" MacNaughton said. "I'm sure that's what their CEO is wondering. It's like kind of everybody knows if you're frustrated with a surgeon, you don't grab their hands. This [supervisor] was willing to get in a wrestling match over a violin."

Other recent confrontations involving airlines have stoked outrage: pilots hitting passengers and passengers brawling with each other and police. In late April, a Delta Air Lines passenger said he was kicked off a plane for using the restroom.

Musicians should have it a little easier, in theory. Federal law requires airports to accommodate musicians who want to carry their instruments with them in the airplane's cabin. MacNaughton said he's still not certain whether United officials violated that law.

Either way, Correia was looking to put the incident behind her and get to Missouri.

Promoted
Listen to the latest songs, only on JioSaavn.com
She booked a flight for Tuesday on American Airlines instead of United - and carried her violin the whole time.