The incident in Texas' Uvalde town was the deadliest school shooting sine the Sandy Hook massacre in 2012. 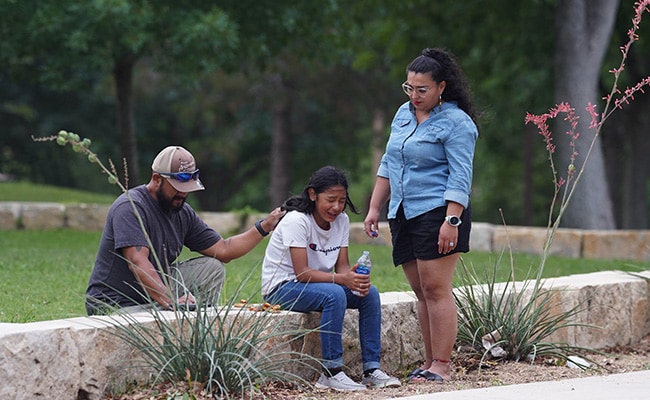 A former FBI agent, who appeared at a news show on Wednesday, suggested that parents and schools in the United States should invest in "ballistic blankets" and other equipment to keep their children safe. Maureen O'Connell made the comments during a discussion about the mass shooting at Robb Elementary in Texas.

This was the 199th shooting in the US in the first five months of the year in which 21 people, including 19 children, were killed.

Also Read | "Mom, You Are A Hero": Daughter Of Teacher Killed In Texas School Posts Tribute

"Instead of buying toys for their children, parents should invest in the classrooms. There are companies out there that will do that, they will come out and do threat assessment of the whole school. They will say, 'This is an area of vulnerability you might want to address and this is how we would address it'," Ms O'Connell said on a Fox News programme.

"They have blankets you can put up on the wall that are colorful and beautiful, but they are ballistic blankets. There are ways to obscure the classroom windows so that the shooter can't have target acquisition," she is further heard saying in the video, which has gone viral on Twitter, with more than 400,000 views.

The incident in Texas' Uvalde town was the deadliest school shooting sine the Sandy Hook massacre in 2012.

It has once again intensified the debate around gun control - and whether this latest tragedy could have been prevented.

Eighteen-year-old Salvador Ramos, the teen shooter, as killed by the police. He had shot his 66-year-old grandmother in the face before heading to Robb Elementary School, the police later said.

Ramos went on social media to share his plan to attack his grandmother - who though gravely injured was able to alert the police.

He then messaged again to say his next target was a school, where he headed clad in body armor and wielding an AR-15 rifle.