"Mom, You Are A Hero": Daughter Of Teacher Killed In Texas School Shooting Posts Heartbreaking Tribute

Ms Eva was in the classroom where another teacher, Irma Garcia, and 19 students were slaughtered by 18-year-old Salvador Ramos. 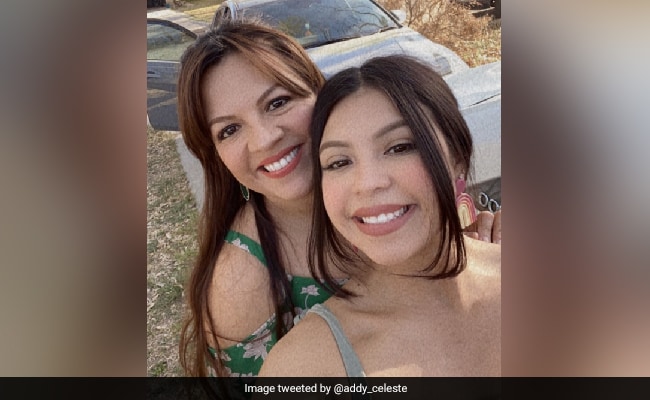 Eva Mireles died while trying to protect her students.

The daughter of Eva Mireles, a fourth-grade teacher who was killed in Tuesday's mass shooting at Robb Elementary School in Uvalde, Texas, has written a heart-touching tribute in memory of her mother. Taking to social media, Adalynn Ruiz shared her emotional letter in which she wrote, “My sweet mommy, I will miss you forever”.

In the devastating tribute to her mom, Ms Adalynn addressed her mother as “the half that makes me whole”. She called her mom a “hero” who tried to save her students' lives by shielding them from the teen gunman who killed 19 kids in her classroom. “I just want to hear your voice,” the daughter wrote before recalling hearing her mom play with the dogs in the morning.

My sweet mommy , I will miss you forever. 🤍🕊 pic.twitter.com/SIxKrgX6Xi

Ms Eva was in the classroom where another teacher, Irma Garcia, and 19 students were slaughtered by 18-year-old Salvador Ramos. According to Hollywood Life, the 44-year-old was an educator for 17 years and enjoyed running, hiking, and biking.

In her social media post, Ms Adalynn praised her mother's hard work as a teacher and CrossFit enthusiast, her love of activities like Karaoke and the “silly voice” she used when talking to her dogs. Ms Adalynn said that her mother would call her every day at 4:30 after school and that she will forever be “so proud” to be her daughter.

Also Read | "How Many More Children...": UN Body Slams US Over Texas Shooting

“Mom, I have no words to describe how I feel right now, tomorrow, and for the rest of my life. I never thought that I would be here writing this type of post for you. Mom, you are a hero,” Ms Adalynn wrote.

“I want to hug you one last time and I want to feel the calluses on your hands because you were not only a teacher during the day but the most hardworking cross fitter in the afternoon... I want everything back. I want you to come back to me mom,” she added.

Further, Ms Adalynn went on to say that she doesn't “know how to do this life without you” and promised to take care of her father. She said, “My heart will forever be broken. My best friend, my twin was taken from me.” At the end of the heartbreaking letter, she thanked her mom for being an inspiration and told her that they would see other again.

Also Read | "I'm About To": Texas Teen's Instagram Exchange Before He Shot Students

According to New York Times, Ms Eva's death was confirmed by her aunt, Lydia Martinez Delgado. She told the publication that her niece died while trying to protect her students.

The 18-year-old gunman, on the other hand, was fatally shot by police on Tuesday. The attack was the deadliest school shooting since the massacre at Sandy Hook Elementary School, which took place in Connecticut, in December 2012.