After Recent Terror Incident, Sweden Cracks Down On Illegal Immigrants

Swedish authorities had already started to tighten up on illegal immigrants, but police stepped up their activities after Uzbek construction worker Rakhmat Akilov drove into Stockholm shoppers in April. 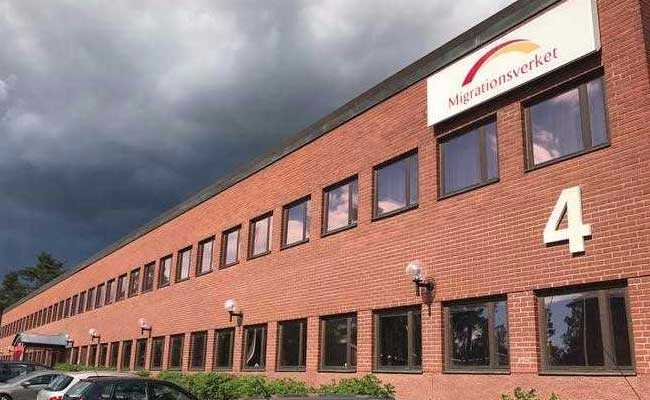 Stockholm: Sweden has intensified its crackdown on illegal immigrants after a failed asylum-seeker killed five people in Stockholm, but the move has raised concerns that more migrants will be driven underground to join a shadowy underclass.

In the past months, police have staged wider sweeps on workplaces to check papers, netting undocumented workers, sending a warning to employers and sparking heated debate in a nation that has been traditionally tolerant to migrants.

In May, police carried out their biggest raid so far when dozens of officers swooped on a constructions site in Stockholm. Nine were caught and sent to detention centres, while another 40 escaped by scrambling onto scaffolding and across roof tops.

Swedish authorities had already started to tighten up on illegal immigrants, but police stepped up their activities after Uzbek construction worker Rakhmat Akilov drove into Stockholm shoppers in April.

"We have an unlimited amount of work," said Jerk Wiberg, who leads the Stockholm police unit in charge of domestic border controls. A 22-year veteran who has caught thousands of illegal immigrants, Wiberg led the raid at the construction site in May.

After Akilov became another terrorist in Europe to use a truck as a weapon, Prime Minister Stefan Lofven made it clear that "no means no" for those whose asylum bids are rejected. Akilov, whose lawyer said he had admitted to committing the crime, had been in hiding after his asylum request was denied.

The Migration Agency estimated 10,000 asylum-seekers a year will choose to disappear rather than be deported. Up to 50,000 undocumented immigrants already work in hotels, transport, construction and restaurants, the agency said last year.

Migration Minister Morgan Johansson said that a "dual labour market ... where a growing group lives on the outside of society and remains in Sweden" after having been denied residency was unacceptable.

"It also increases the risk of them being exploited. We cannot have it that way," he said, adding: "One way is to go after the employers ... (using) expanded workplace checks."

While cheap migrant labour is welcomed by some small businesses, government officials and economists worry that the shadow economy undercuts Sweden's economic model, whose generous welfare provisions and high wages are built on high rates of productivity and one of the world's heaviest tax regimes.

Tough measures against immigrants go against the grain for many in Sweden, a country of 10 million which once called itself "a humanitarian superpower" that generously welcomed migrants fleeing conflict in the Middle East and Africa.

But attitudes appear to be changing and a 2017 study by Gothenburg University showed 52 percent favoured taking fewer refugees into the country with 24 percent opposed. Two years ago 40 percent backed reducing refugee numbers with 37 opposed.

The anti-immigration Sweden Democrats are now the second biggest party in polls with support of around a fifth of Swedes.

The Social Democrats, the country's biggest party in every election since 1917 and leader of the governing coalition with the Greens, has been forced to balance its traditional left-wing credentials with the need to enforce immigration laws.

Despite political support for the crackdown and tougher rules on immigration, police struggle to enforce deportations. Between January and April police deported just under 600 people, a third fewer than in the same period last year.

Some of those caught were freed because detention centres were full, while others cannot be deported as they don't have passports to prove their country of origin or their home countries refuse to take them.

The government never discloses how many are held in detention centres, saying there are about 360 beds and deportees are normally repatriated within three weeks. The government has told the migration agency to add another 100 beds.

An extra 800 million crowns ($95 million) has been added to the police budget this year to bolster the clampdown, but senior officers say this is not enough.

In 2016, police made about 1,100 unannounced workplace checks, almost three times more than in 2015, and caught 232 illegal immigrants. A further increase is expected in 2017 as the net widens. Illegal immigrants are also detained through checks at transport hubs, on vehicles or after committing crime.

Deportations made up a small fraction of the 20,000 rejected asylum seekers who left Sweden last year.

"We have been able to increase the number of people who leave Sweden substantially. But we're listening to the police and we have paved the way for more resources and wider powers," Johansson said in an interview, adding:

"We will have to increase that number further."

Expanded police powers include workplace checks without concrete suspicion of a crime, to be allowed from next year, with sharply higher fines for employing illegal immigrants.

Immigrants themselves have been unnerved. When police burst into a pizzeria in the southern city of Malmo where Ehsanulla Kajfar, a 38-year-old Afghan refugee, was working in May he said he thought they were looking for "terrorists or drug dealers".

He was surprised to be handcuffed and placed in the back seat of a police vehicle as tax officials scrutinised the restaurant's employee ledger. He was told his papers were not in order and was taken to a detention centre.

"Sweden used to be a nice country, even when I was living underground," he told Reuters. "Now although I have a residence permit from Italy and I am registered at the tax agency in Sweden, I'm still locked in a detention centre."

Nicaraguan Hugo Eduardo Somarriba Quintero, 37, said he was wrongly detained in the big raid in Stockholm in May due to an error by authorities and then released. Migration Agency records confirmed the details of his case.

"But I've lost my job - the company where I was working was dropped from the construction site (because of irregularities in not checking work papers properly). Now I am looking for work and there is no job for me," he tearfully told Reuters, adding:

"Before there was a lot of tolerance for migrants. Now the laws are harder."

Muhammad, a 22-year old Afghan who declined to give his family name, has been in hiding for three years in Malmo since his asylum application was rejected.

He has moved three times this year and never stays in a place longer than three months. All his belongings are packed in a suitcase and two plastic bags if he needs to leave in a hurry.

Muhammad relies on food stamps from the church and leftover food from restaurants and grocery stores.

He has learned to avoid the city centre when there is an increase in policing and gets help from other immigrants and volunteers who work for asylum-seekers' rights. They warn each other of police checks and raids through text messages.

Promoted
Listen to the latest songs, only on JioSaavn.com
"Last time the police made a push to find immigrants, my friend stayed inside for 15 to 20 days," Muhammad said. "But I can't stay inside all the time, its too depressing."