Demonstrations across France drew around 50,000 people in all to answer a citizen collective's call for a "feminist tidal wave" of outrage against gender violence brought into sharp focus by the #MeToo movement. 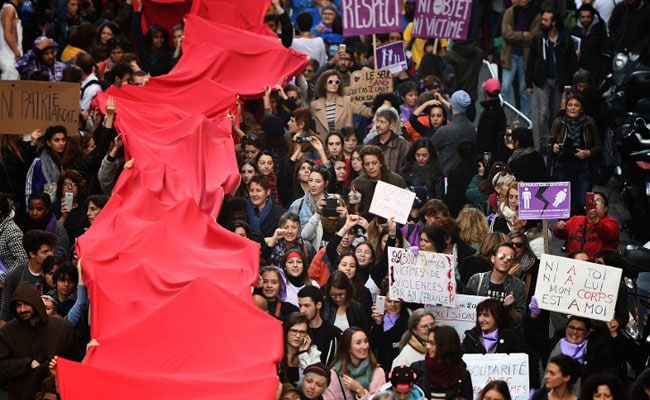 People hold a red banner during a march in Marseille, southeastern France. (AFP)

Tens of thousands of people rallied across Europe on Saturday against sexist violence, with more than 30,000 turning out in Paris.

Demonstrations across France drew around 50,000 people in all, according to organiser Caroline de Haas, to answer a citizen collective's call for a "feminist tidal wave" of outrage against gender violence brought into sharp focus by the #MeToo movement.

Elsewhere, a thousand people braved driving rain in Rome while similar protests drew several hundred demonstrators in Geneva and Athens on the eve of the UN's International Day for the Elimination of Violence Against Women on Sunday.

"The fight against violence against women is progressing daily but our society has a long way to go -- everyone must act and fight as this is everybody's business," President Emmanuel Macron tweeted in offering his moral support. 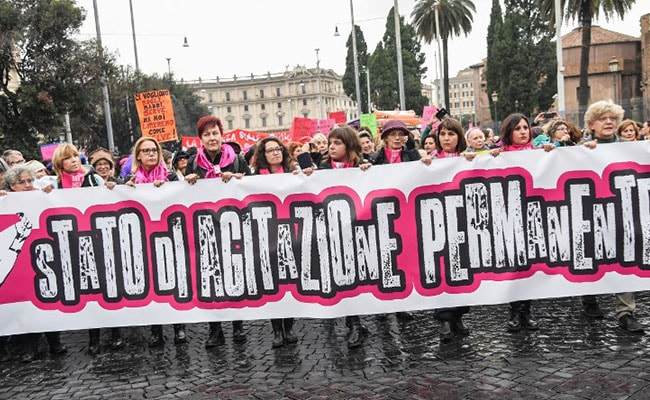 Women hold a banner reading "State of permanent agitation" during a march in downtown Rome. (AFP)

Authorities put the Paris turnout at 12,000 and similar marches in Lyon, Marseille and Rennes at between 1,000 and 2,400, but De Haas felt moved to salute "the largest (feminist) mobilisation France has known", far bigger than a rally that drew some 2,000 last year.

Participants clad in purple, the colour of the #NousToutes women's activist protest movement, shouted slogans including "sick of rape", "end impunity for aggressors" and "a woman is never responsible for the violence she suffers", while also demanding sufficient government resources to tackle the issue.

"I am here to support all the victims and continue this struggle which started long before I came along," said French actress Muriel Robin, who had organised a similar rally last month in the capital. 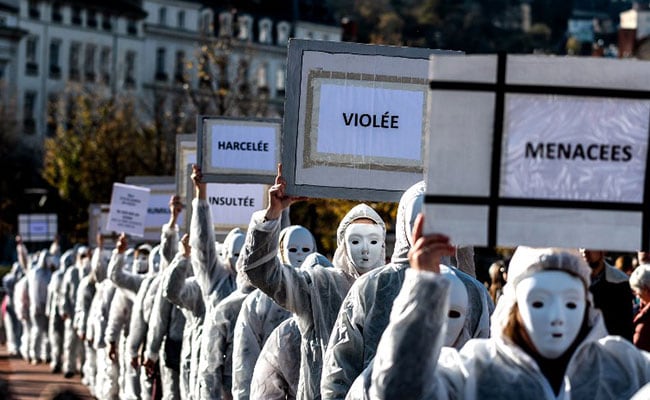 Protestors dressed in white carry placards as they take part in a demonstration in Lyon. (AFP)

The rallies drew a number of men, including Tanguy, a 19-year-old student who turned out in the western city of Rennes to declare backing for "a movement which is not based on sex -- it's not a fight pitting men against women but a fight by men and women, together, against inequality."

The #NousToutes movement started out in France in September, inspired by the #MeToo campaign that began last year since when the number of cases of sexual violence reported to police in France has risen 23 percent. 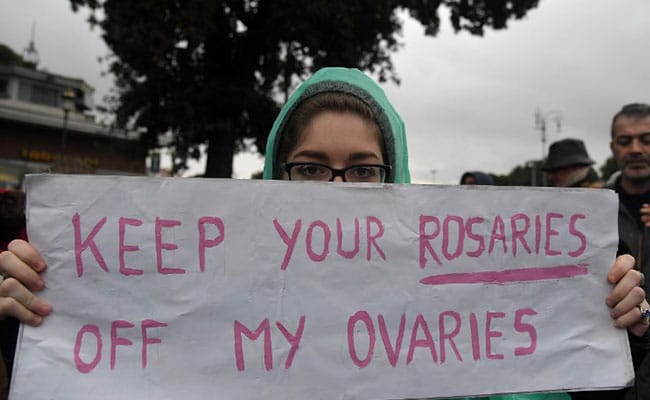 A woman takes part in a march as part of the International Day for the Elimination of Violence against Women, in Rome. (AFP)

Further marches are planned for Sunday in a number of cities across Europe to mark the International Day for the Elimination of Violence Against Women.

Macron last year made sexual equality a priority of his presidency.

But "if the money is not forthcoming public policy won't follow on", warned De Haas, speaking two days after several civil organisations called for a huge increase in public resources dedicated to the problem. 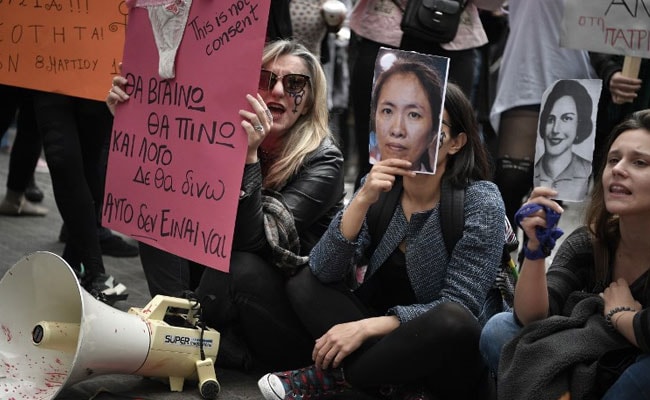 Activists hold portraits of victims during a rally in central Athens, Greece. (AFP)

French Prime Minister Edouard Philippe announced on Saturday that an online platform for reporting sexual violence and sexism will be launched on Tuesday.

"This is the first milestone, technical and political, to eradicate" violence, said he said in a Facebook post.

"From now, a few clicks can help everyone make a new start: for themselves, for their family. And perhaps avoid the worst."