Lawrence Ho, owner of City of Dreams, promised to increase security at his resort following the attack on Resorts World Casino. 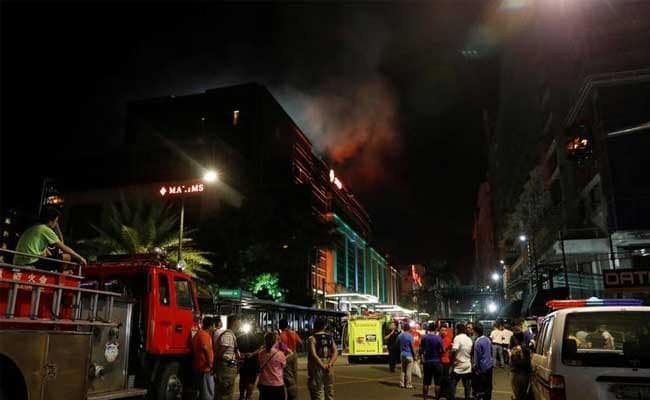 Hong Kong: The billionaire owner of the City of Dreams casino resort in Manila will increase security at his complex, he said on Friday, following the deaths of at least 36 people at the nearby Resorts World Manila.

A gunman burst into the Resorts World Manila, fired shots and set gaming tables alight in the early hours of Friday, sowing panic in a country already on high alert over a militant attack in the south.

"With an incident like this, especially at Resorts World Manila, we certainly would ratchet that (security) up even more...certainly an issue we will buckle down on," Lawrence Ho, 40, who owns casinos in Manila and Macau, told Reuters in Hong Kong.

Ho declined to say how he would increase security but said his casinos already make use of surveillance and counter intelligence measures, metal detectors and security guards.

"We get news about what happens around the region. Occasionally, there are instability within geopolitics in the Philippines and the ASEAN region, so we take it (security) very seriously," he said.

The Philippines is one of the fastest-growing casino hubs in Asia after Macau and Singapore. The government wants to build a Las Vegas style strip in the middle of the capital.

But security is a major concern that deters big spending gamblers from China, who are wary of kidnapping and extortion incidents in the Philippines in recent years.

"When we first started five years ago, it was perceived very differently than what it is now," said Ho, adding that growing ties between China and the Philippines at a national level was helping to drive visits and tourism.

Most Manila casinos and hotels have metal detectors at their entrances and they also typically check vehicles before allowing them access.

"It's the fastest-growing gaming jurisdiction in the world. Growth rates in terms of (the) economy is phenomenal," said Ho.

(Except for the headline, this story has not been edited by NDTV staff and is published from a syndicated feed.)
Comments
philippines casino attackManila attackCasino attackCity of Dreams Casino resortResorts World Manila