The attack initially ignited fears of terrorism in the Philippine capital. Authorities later expressed doubt that it was terrorism-related. 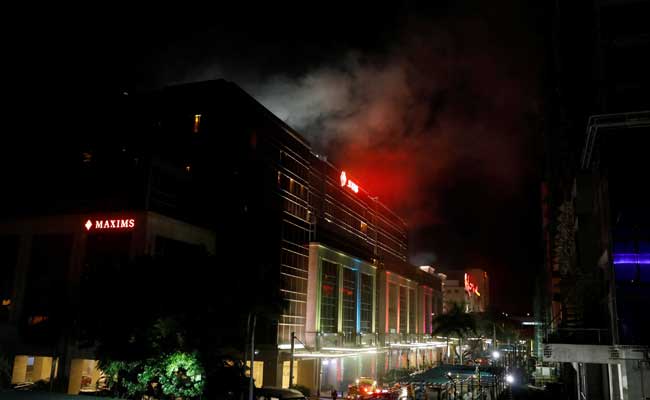 A gunman burst into a casino at a resort complex in Manila early Friday, set fire to gambling tables and stuffed a bag with casino chips. He was later found dead in an apparent suicide in a hotel room. Local media reports said at least 34 died as a result of the fire.

Many of the dead suffocated in the chaos as guests and staff tried to flee choking smoke at the complex, ANC News channel reported, quoting Bureau of Fire Protection sources. The resort owners were still seeking details on the deaths, Reuters reported.

Earlier police said more than 70 people suffered mostly minor injuries in the stampede to escape. The only gunshot wound was to a guard at the complex, who accidentally shot himself when the suspect entered the room, the Associated Press reported, citing authorities.

The attack initially ignited fears of terrorism in the Philippine capital. Authorities later expressed doubt that it was terrorism-related.

After the hours-long attack at Resorts World Manila, Philippine National Police Chief Ronald Dela Rosa told reporters that a single gunman responsible for the assault used gasoline to set fire to gambling tables but did not fire at people.

"He would have shot all the people gambling there" if it had been terrorism, AP quoted Dela Rosa as saying. "But he did not hurt anyone."

Police said the motive appeared to be robbery.

"It's either he lost in the casino and wanted to recoup his losses or he went totally nuts," Metropolitan Manila Police Chief Oscar Albayalde said, according to AP.

The attack sent hundreds of people fleeing into the night.

Philippine police, firetrucks and SWAT teams rushed to Resorts World, where witnesses initially reported seeing a masked gunman firing at guests on the second floor of a hotel.

An upper floor of a nearby mall was on fire, and photos circulating on social media showed plumes of smoke pouring out of the building. Video footage showed people running out of the hotel amid billowing smoke.

Dela Rosa said security footage showed the gunman ignoring a security guard who tried to question him at the entrance to the complex. He did not hurt the guard but went straight to the gambling area, Dela Rosa said, according to AP.

Dela Rosa said the gunman apparently barged into a room on the fifth floor of the Maxims hotel connected to the mall and casino, laid on the bed, blanketed himself, doused himself with gasoline and set himself on fire, AP reported. The bag of gambling chips worth 113 million pesos ($226,000) was found in a toilet.

The suspect was English-speaking but had no identification cards. Dela Rosa described him as "white, with a mustache," and about 6 feet tall.

The incident initially raised fears of a connection to fighting on the southern island of Mindanao between security forces and Islamist rebels linked to the Islamic State, who have taken hostages and burned buildings in a battle for control of the city of Marawi.

As authorities struggled to ascertain what was happening at the resort complex, there were conflicting reports about what motivated the attack and whether more than one gunman was involved.

"We have no official information as to the identity or affiliation of the persons responsible for this attack," Resorts World Manila said on Twitter.

Earlier, the SITE Intelligence Group, which monitors terrorist activity on the Internet, said a Filipino operative linked to the Islamic State claimed that "lone wolf soldiers" carried out the attack.

There was no confirmation of the claim, and analysts have said that any connections between the Islamic State and Muslim insurgents in the Philippines are tenuous at best.

In Washington, President Trump began an announcement regarding the Paris climate agreement by saying he was closely monitoring "the terrorist attack in Manila."

"It is really very sad as to what's going on throughout the world with terror," he said.

Resorts World Manila, in the southwestern part of metropolitan Manila near Ninoy Aquino International Airport, said on Twitter early Friday that it was working closely with police to ensure the safety of employees and guests, adding, "We ask for your prayers during these difficult times."

The large resort complex is popular with tourists and features hotels, restaurants, bars, the casino, the shopping mall and a theater.

President Rodrigo Duterte responded to the violence on Mindanao last week by declaring martial law on the entire island, the second-largest in the Philippines. He has also threatened to impose military rule nationwide.

The fighting in Marawi broke out May 23 when Philippine troops attempted to capture Isnilon Hapilon, the leader of a terrorist group known as Abu Sayyaf.

Thousands of residents have fled the city, and at least 140 people have been reported killed there since the siege began last week.

Hapilon declared allegiance to the Islamic State in 2014 and reportedly formed an alliance with other militants under the group's aegis. But there has been little evidence of practical Islamic State involvement in the Philippines insurgency.

(This story has not been edited by NDTV staff and is auto-generated from a syndicated feed.)
Comments
Philippine capitalManila attackManila Police ChiefCasino attackResorts World Manila